By: Carlos Olimpo Restrepo S. - Journalist
The admission of the Cosmology and Gravitation Group (COSMOGRAV) to the international scientific consortium known as LSC, LIGO Scientific Collaboration places the UdeA as the only active Spanish-speaking university in this experiment, whose main purpose is to detect gravitational waves. It is made up of about 1,200 scientists and has two large centers in the United States. 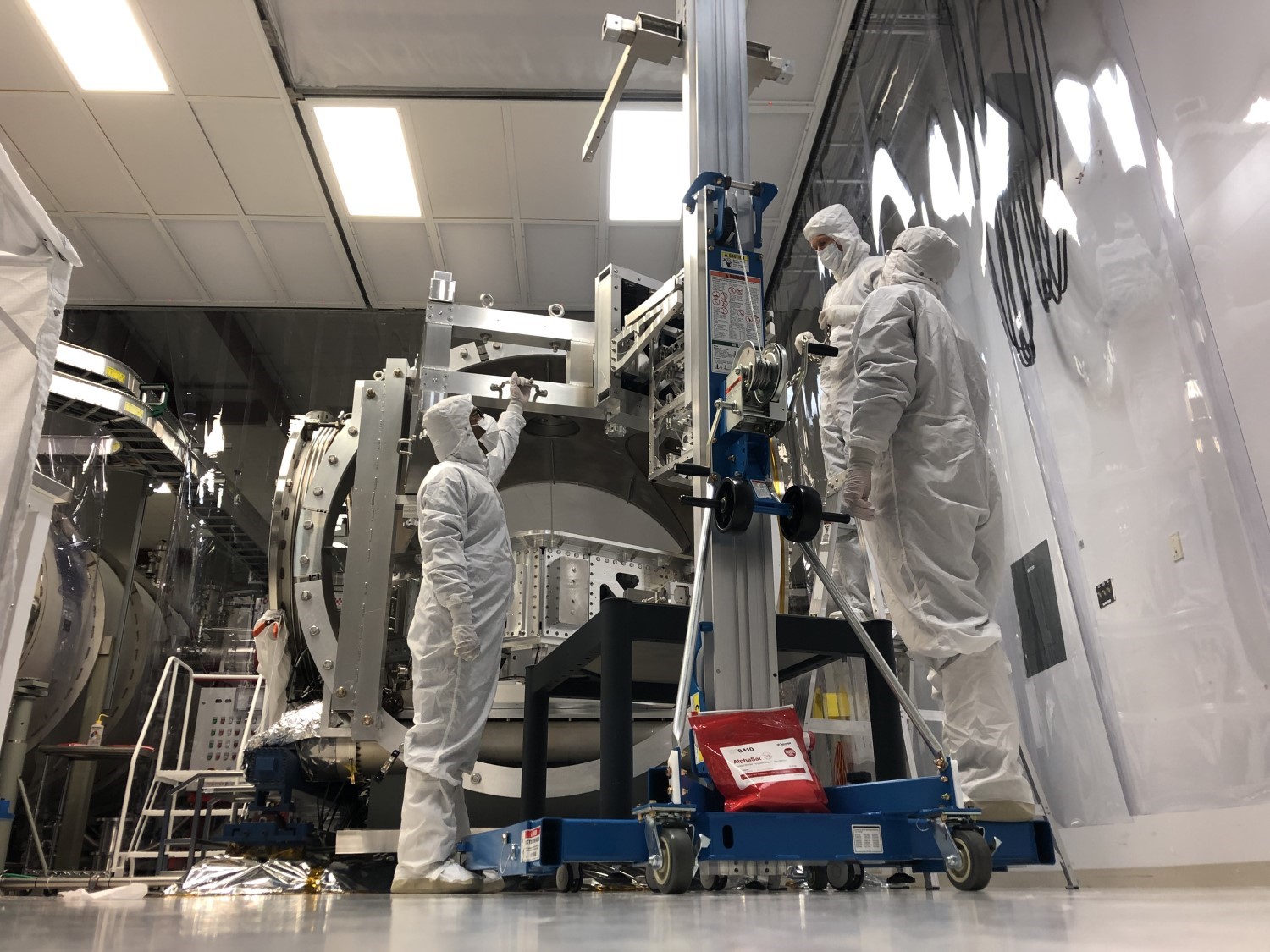 What are gravitational waves? What is the purpose of studying them? How can they be detected? More than 1,200 scientists from all over the world who participate in the Laser Interferometer Gravitational-Wave Observatory (LIGO) project are trying to answer these and other questions. The Ligo Observatory has two major centers in the United States.

Last April, the scientific committee of this experiment admitted Universidad de Antioquia as a new member. This was possible thanks to the work led for several years by Professor Antonio Enea Romano, which now makes the university the only active higher-education institution among Spanish-speaking Latin American countries in this group.

"Entering LSC was complex. It is an organization with about 1,200 scientists divided into many groups and, to be accepted, you have to convince them that you can make a positive contribution not only to one person but to many who hold different positions of responsibility and collaboration there", said Antonio Enea Romano, professor at the Institute of Physics of UdeA and director of the Cosmology and Gravitation Group (COSMOGRAV), attached to the Faculty of Exact and Natural Sciences.

Professor Sergio Andrés Vallejo Peña, also a member of COSMOGRAV, recalled that "this alliance with LIGO is important because gravitational waves represent a radically new way of observing the universe, and now we can access all this information to do different types of scientific work, as well as participate in events and academic exchanges with other members of LIGO".

Vallejo also pointed out the benefits of being at LIGO for the research group. "It will allow us to improve our understanding of the universe. Gravitational waves will allow us to measure distances in a way that is very different from traditional methods in astronomy, so we will be able to confirm or question some of the ideas of modern cosmology".

LIGO's main purpose is to detect gravitational waves, the ones that Albert Einstein predicted with his general theory of relativity in 1915. This took a century to happen, as only in 2015 the first of them was detected and was called GW150914.

"Gravitational waves are phenomena that occur in extreme conditions very difficult to reproduce on Earth, and, for the moment, there is no technology that allows us to produce them here. The universe is the only laboratory that can produce this phenomenon, and it can occur only under very special conditions", explained Enea Romano. 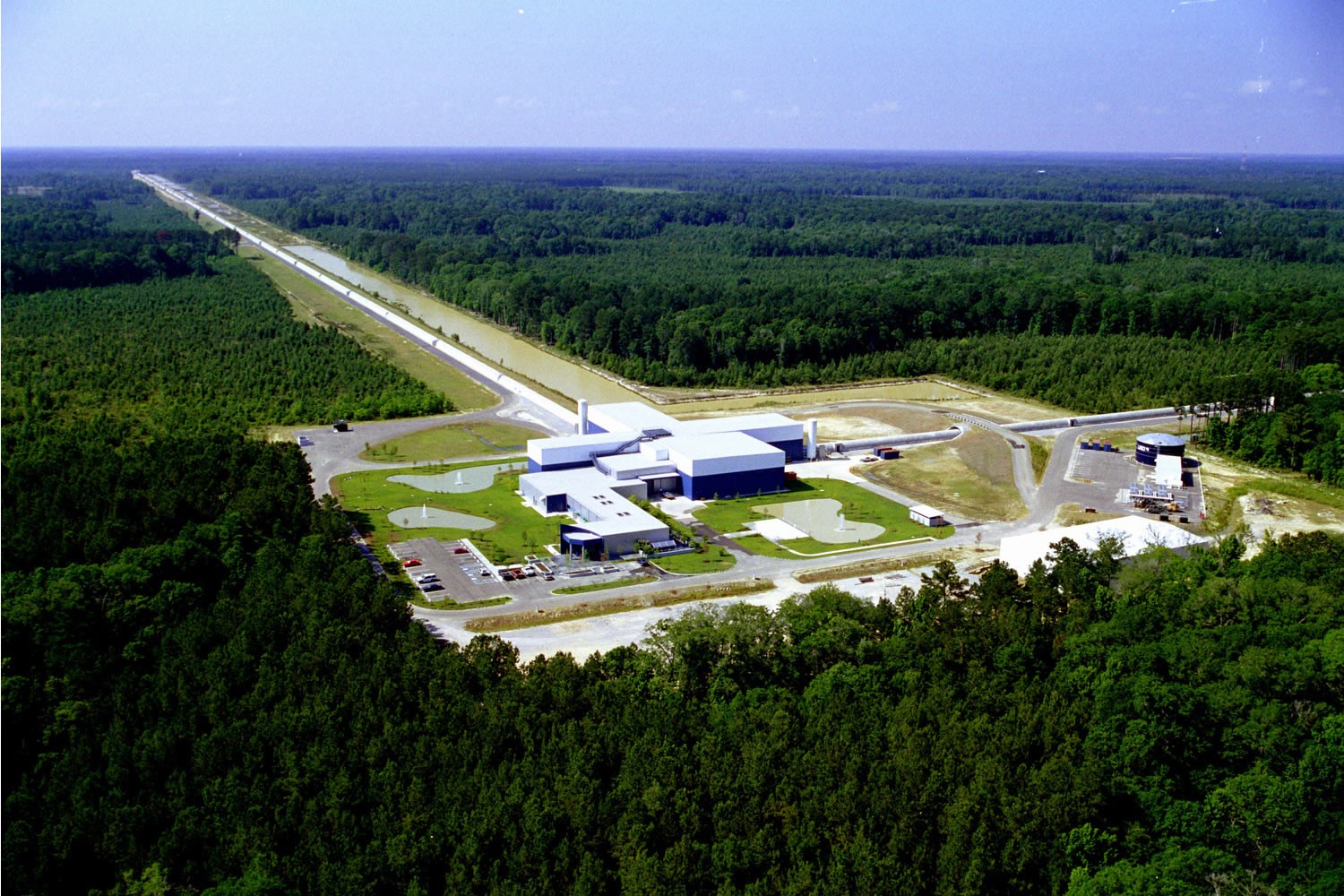 The LIGO Laboratory operates two detector sites, one near Hanford in eastern Washington and one near Livingston, Louisiana. This photo shows the Livingston detector site. Photo taken from www.ligo.caltech.edu

These conditions occur at very high energy scales, as they involve very massive compact objects, such as black holes or neutron stars. "This is where the theory of relativity is important because only when two of these objects come together can gravitational waves be produced. They deform spacetime, so the objects move toward and away from each other as they pass", noted Enea Romano.

The researcher reiterated that it has been very difficult to detect them on Earth, but a way to do so has been found with the LIGO project. This is important because gravitational waves "allow us to understand the history of the universe", explained Enea Romano, "in particular, to measure distances, which is one of the specific problems of cosmology, and they make it possible to do so more easily than with other types of observations, such as light waves, which is how it is traditionally done".

The technology developed to carry out LIGO is very advanced, said the Institute of Physics professor, who noted that the experimental research groups of UdeA could benefit from this collaboration, and the knowledge acquired could also be applied outside basic science and have an impact on society.

Vallejo Peña indicated that LIGO has two detectors in the United States, one in Washington —Hanford, northeast— and the other in Louisiana —Livingstone, south— each with a different size and sensitivity to find gravitational waves.

"What the detector has to do is measure distances in two directions perpendicular to each other, for example, north-south and east-west, and for this, it uses a laser interferometer, a device that shoots and splits a laser beam through two empty tubes several kilometers long and, depending on what happens when they meet the light beams reflected in carefully arranged mirrors at the ends of both tubes, they can produce an interference pattern", Vallejo said.

The doctor in physics explained that, depending on whether and how this pattern is formed, the difference in the distance on both sides of the detectors can be determined. "That difference is what tells us whether a gravitational wave has passed or not. When a gravitational wave passes, what it does is deform space, and it alters the distances between objects. This happens with the arms of the interferometer: one can get longer, and the other can get shorter, the distances change, and the pattern is generated, and this is how a gravitational wave is detected. With LIGO, we can detect differences in the length of the arms of the detectors smaller than one ten-thousandth of the diameter of a proton".

To rule out that these changes in distances are due to events such as microseisms or vehicle traffic near the detectors, the LIGO experiment is not only working with the two centers in the United States but also with one in Italy. In the future, it will also work with other centers in Japan and India.