UdeA Students Will Be Crew Members of Mars Analog Mission

By: Julián David Ospina Sánchez-Journalist
Six aerospace engineering students from Universidad de Antioquia will be part of the crew of an analog mission in a simulated Mars habitat created by the Fundación Cydonia in the municipality of Chía, Cundinamarca. Between August 28 and September 11, the UdeA students will live in modules and emulate space walks wearing suits and using robots designed for their work. 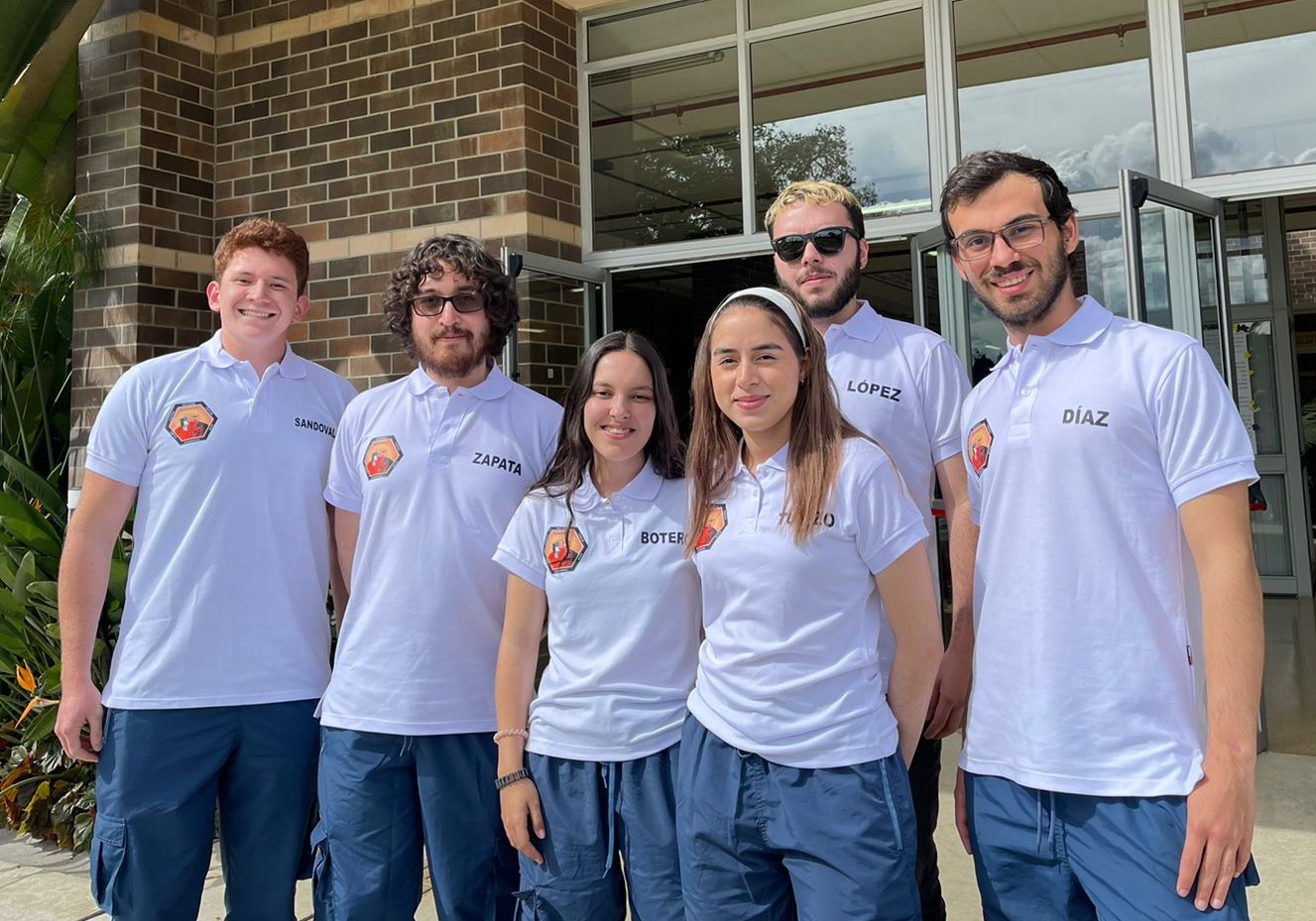 The Robot Assisted Exploration (EAR), attached to Universidad de Antioquia’s aerospace engineering program, was chosen to live in a habitat similar to that of Mars as part of an analog space mission.

The call to participate was made by the Fundación Cydonia, creator of the HAdEES-C habitat in the municipality of Chía, Cundinamarca. "It is a space designed to emulate missions to other planets, space stations and trips to the moon, among others", explained Juan Francisco Puerta Ibarra, professor of the aerospace engineering program.

Between August 28 and September 11, the crew of six students from UdeA will inhabit spaces that mimic the conditions of a mission to Mars. According to student María Alejandra Botero, commander of the team, the atmospheric and gravity characteristics of Earth will be preserved, but they will live in modules similar to those of an interplanetary spacecraft and will perform spacewalking routines.

"Working in space is very expensive, so these analog habitats are becoming important alternatives, even for agencies as important as the National Aeronautics and Space Administration (NASA)", said Juan Francisco Puerta.

In HAdEES-C, there will be restrictions on the amount of energy, water and communication bandwidth. In addition, isolation and confinement will be experienced, said Oscar Ojeda, director of the Fundación Cydonia.

"The regulation of food will be added to the conditions already mentioned. It will be based on dehydrated products", noted María Alejandra Botero, who added that the walks on the analog Martian soils can only be performed in suits specially designed for the mission. 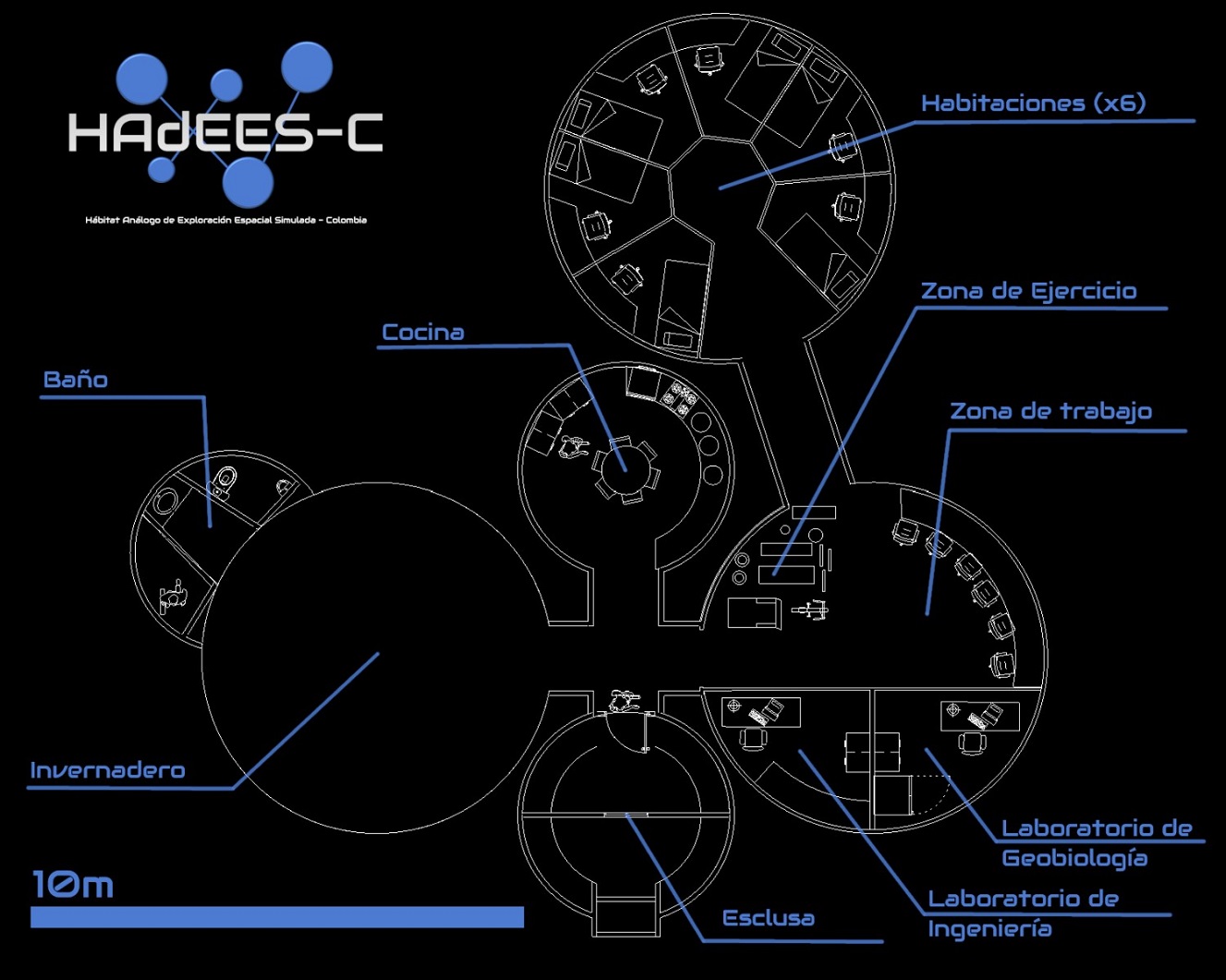 Graphic of the modules where UdeA aerospace engineering students will be in Chía, Cundinamarca. Photo: courtesy María Alejandra Botero.

In their mission, the Universidad de Antioquia aerospace engineering students will have specific responsibilities as follows:

In the case of Universidad de Antioquia’s EAR crew, there will be three specific objectives: determining the impact of robotic assistance in human planetary exploration, evaluating how concentration improves with physical and mental training and diagnosing the psychological state of the participants as the days go by.

"With the farmer rover —a wheeled terrestrial robot developed by UdeA's Voyager seminar— and two conventional drones, it will be determined whether these technological resources can help humans in resolving difficulties, designing routes and collecting material of interest", said Botero.

“This type of experience is very important for the university, especially when the first class of UdeA aerospace engineers will graduate next year”, said Professor Juan Francisco Puerta, who concluded, "with this research, we could publish at least one article in an indexed journal, participate in an international congress and share the findings in scientific dissemination spaces".