By: Ronal Castañeda - Journalist
Playwright José Sanchis Sinisterra, one of the most awarded and performed authors of contemporary Spanish theater and a renovator of the stage in the Iberian Peninsula, was awarded the Escudo de Oro, the highest distinction given by UdeA to a personage. The newspaper Alma Mater spoke with the director about the frontiers of art, subtexts and civic education. 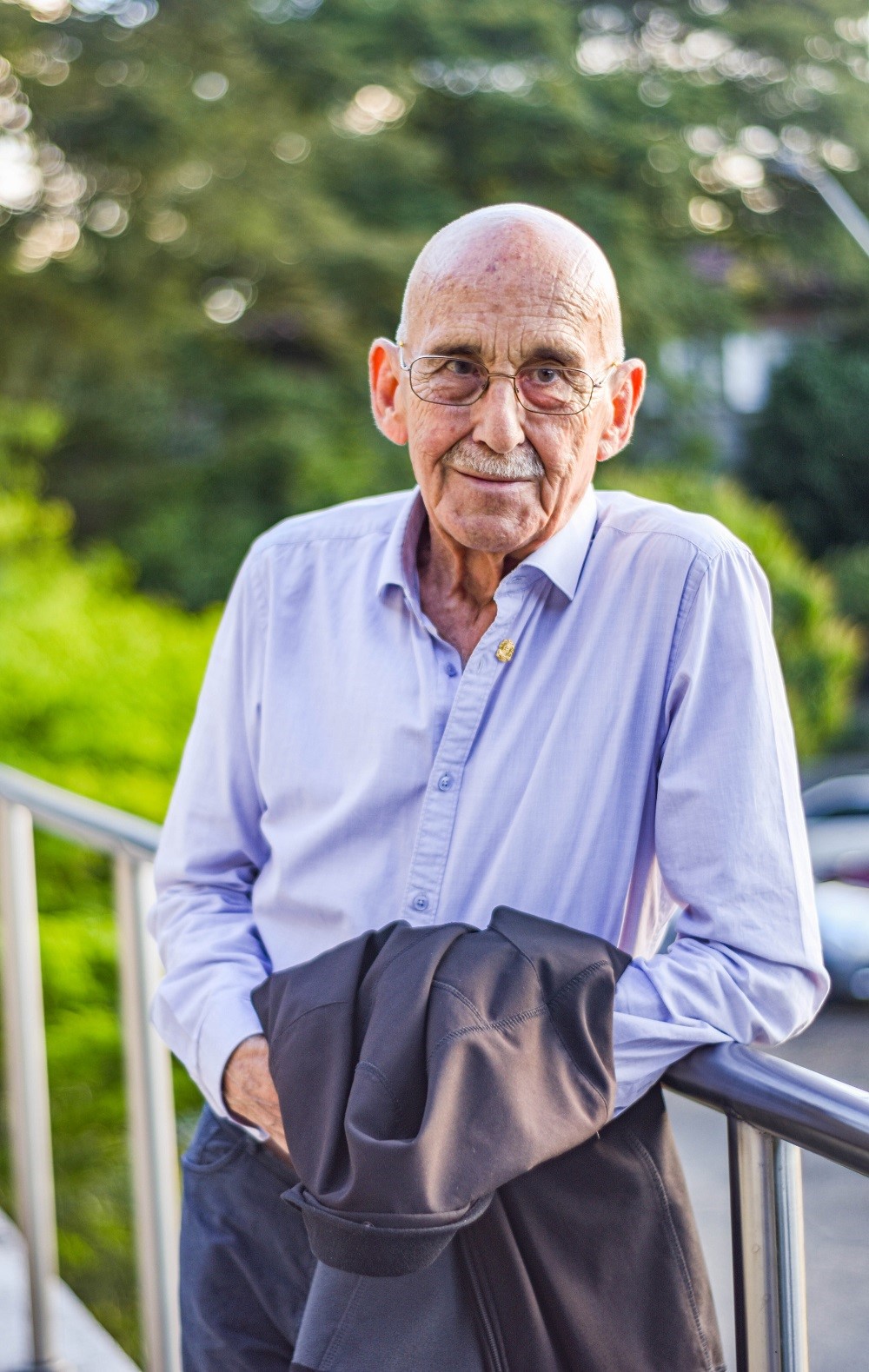 José Sanchis Sinisterra (Valencia, 1940) does not like the representations of couple relationships. Simply, the subject is exhausted. He is more concerned about what he calls "induced dramaturgy" and playwrights questioning themselves more about current issues such as memory, immigration or ecology. The best-known Spanish playwright in recent decades proclaims a model of border theater, in which he seeks to be permeable and "liminal", expand borders and break down walls, something he has tried to reflect in his plays.

His professional career has also been linked to Latin America in a staging of life that also crosses borders. This is what he felt when, in 1992, he first set foot on the soil of Universidad de Antioquia, a place he remembers as having a "permeable and borderline atmosphere", far from the solemnity of Spanish universities. In Medellin, at that time, he saw a type of relationship between professors and students that he found desirable, with a true exchange of experiences.

He arrived at the university at the invitation of Professor Luis Carlos Medina (RIP) to teach in the classrooms of the then Department of Arts. At that time, he did not even know where Medellín was located; but he did know about acting dramaturgy, creative processes and "narraturgy", a technical term he uses to refer to those texts that are halfway between narrative and dramaturgy.

In fact, he feels quite comfortable when he talks about this subject. "My workshops have taught me freedom because novels have no canon; the narrative emerges in a wild, untamed way. What we must learn from narration is to get out of here", said the maestro Sanchis Sinisterra sitting on the windowsill of one of the stained-glass windows of Universidad de Antioquia’s new Performing Arts Hall. It used to be the chapel of the university. This is where he had just received the Escudo de Oro, the highest distinction awarded by the university in recognition of his work and commitment to the performing arts.

This is what he told the Alma Mater newspaper.

What can society, not only artists, learn from this concept of frontier theater?

From the border zones, borders are not perceived as walls, barbed wire, fences or police cordons. The people who inhabit the borders realize that they are permeable. Also, the border concept in my work… Although it is linked to art, aesthetics, literature, philosophy and so on, it permanently sniffs around quantum physics, general systems theory and chaos theory. Also, the border between arts and sciences is, as it were, the ideal place for me (...)

In Madrid, I had the idea of creating a space for research, training and creation. There are a lot of ethnicities and nationalities, so I came up with a phrase, an axiom, "The future will be mestizo, or it won't be". I believe that theater has to be nourished by this miscegenation, and I must say that, in a way, we failed. During the first years, we worked with Africans and Latin Americans, but then the police issue, as it were, began to harden, and it became increasingly difficult to create these heterogeneous groups. In any case, that project disappeared. We have been shipwrecked as a consequence of the pandemic and other causes.

You are also a product of miscegenation when, in the 80s, you began to travel around the world and open those frontiers.

Well, look, the pandemic caught me in Cuba. That tells you a lot. My daughters made me come back early because the Madrid airport was in danger of being closed. During the first months, we didn't know what it was all about. Nobody, nobody at all knew. The year before, I was in Montevideo staging a play of mine, so I have not stopped traveling around Latin America. Even when I have had time to escape, I have gone from Chocó to Yucatán. I look for virgin and paradisiacal places in Latin America. It never occurs to me to go sightseeing in Europe.

You haven't run out of strength to travel or write. Do you still do it?

On the contrary, I wrote three plays during the pandemic because I had to be confined at home… Well, and I have been dabbling in projects for when conditions are favorable again. 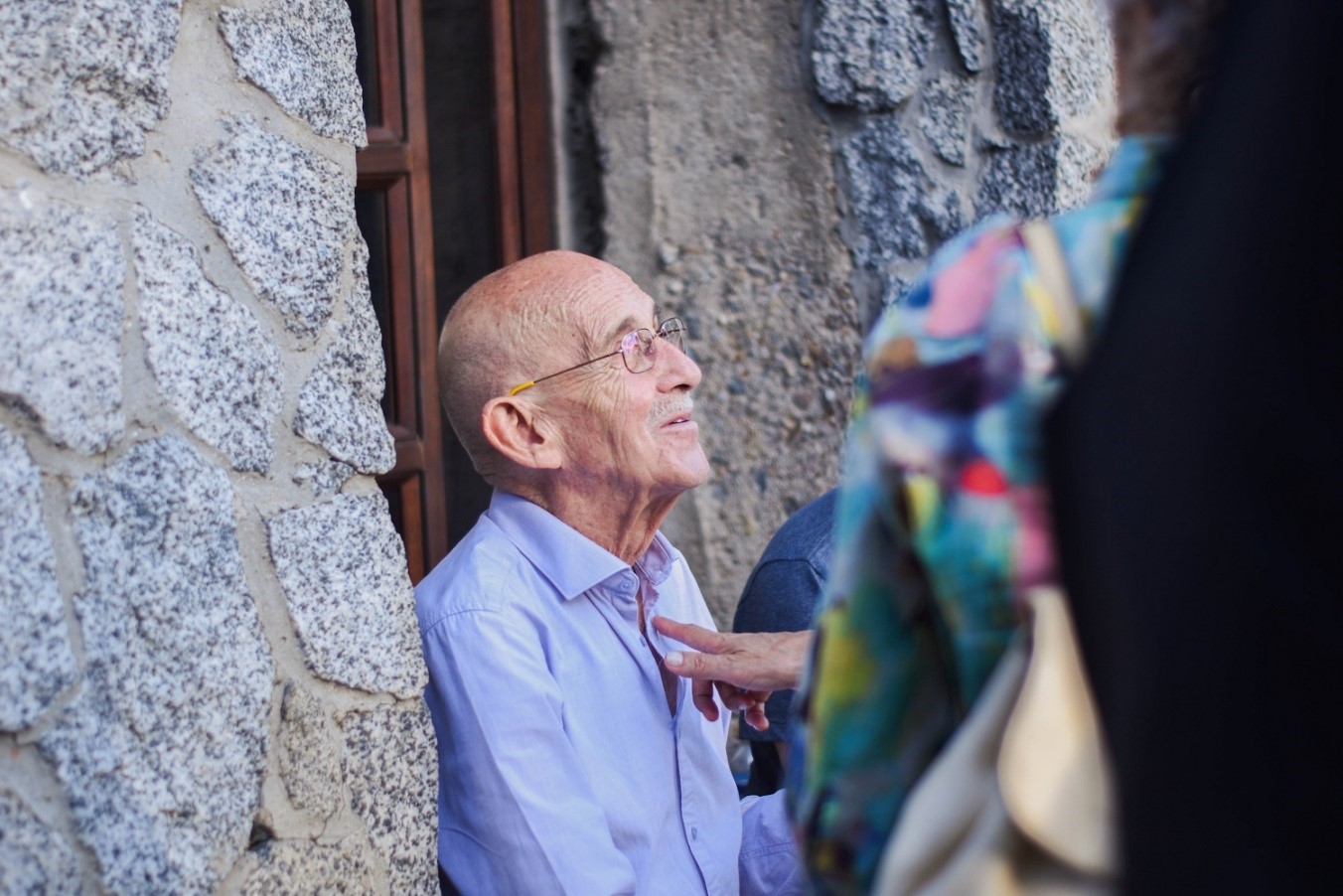 By the way, I heard you say just now that the theater is a political stage. Is the stage, as Beckett said, a place for the education of citizens?

Absolutely, but the theater’s civic function has probably evolved and changed. It is different from what it was at that time with the atmosphere of Franco's Spain and, therefore, of the anti-Franco theater. My theater was already political, but it was too affirmative, too preachy, as it were. Much of what we did were more or less camouflaged rallies. That's why I still try to make my theater permeated by political, social and other things, as I told you, science... But I try to make the performative languages force spectators to draw their own conclusions and ask themselves questions.

That is one thing I insist on a lot in my workshops. We must make spectators go home with homework, we must make the theater generate a destabilization with visions of uncertainties, of truths at all costs, and sow questions. It is something that Chekhov used to say. The author has to know how to pose questions well.

You have devoted yourself to the teaching of dramatic art… What are the challenges today?

In my workshops, I have a very diverse collection of topics that interest me: I systematize and organize them, include writing and improvisation exercises, and then we experiment with them.

The ones on the list, the ones you were going to read before receiving the award...

There are many things to consider on that little list. For example, I try to take advantage of a very important tool that came from the 20th century for theater, writing and acting, which is what is called the subtext, the unsaid֫. In Chekhov's plays, the important thing is not the characters, but what they tell us, and Stanislavski turned it into a tool for actors and actresses: one thing is what they say, and another thing is what they really think.

This question of how to write the unsaid is one of the themes of my workshops so that spectators sharpen their ears because all the speech that surrounds us is false, ambiguous or hypocritical. You have to distrust speech, words. This is a subject that is, well, artistic, but it is also political and social, and I could give you a list like that.

His repertoire includes his own plays and those by authors such as Cervantes, Shakespeare, Chekhov, Cocteau, Brecht and Kipphardt. He has also staged his own plays on narrative texts by Joyce, Kafka, Melville, Sábato, Beckett, Cortázar, Rulfo, Buzzati and so on. Sanchis Sinisterra likes to adapt narrative works. The most recent adaptation was a version of a novel by Clarice Lispector. He has also adapted long novels such as Moby Dick and Rayuela.