The Insect Library of Antioquia

By: Natalia Piedrahita Tamayo-Journalist
Nearly one million insects from thirty orders are preserved in the Universidad de Antioquia Entomological Collection (CEUA), which celebrates its 25th anniversary in August. In addition to having the morphological and provenance details of thousands of species, the Entomology Laboratory also conducts biological, medical and forensic research. 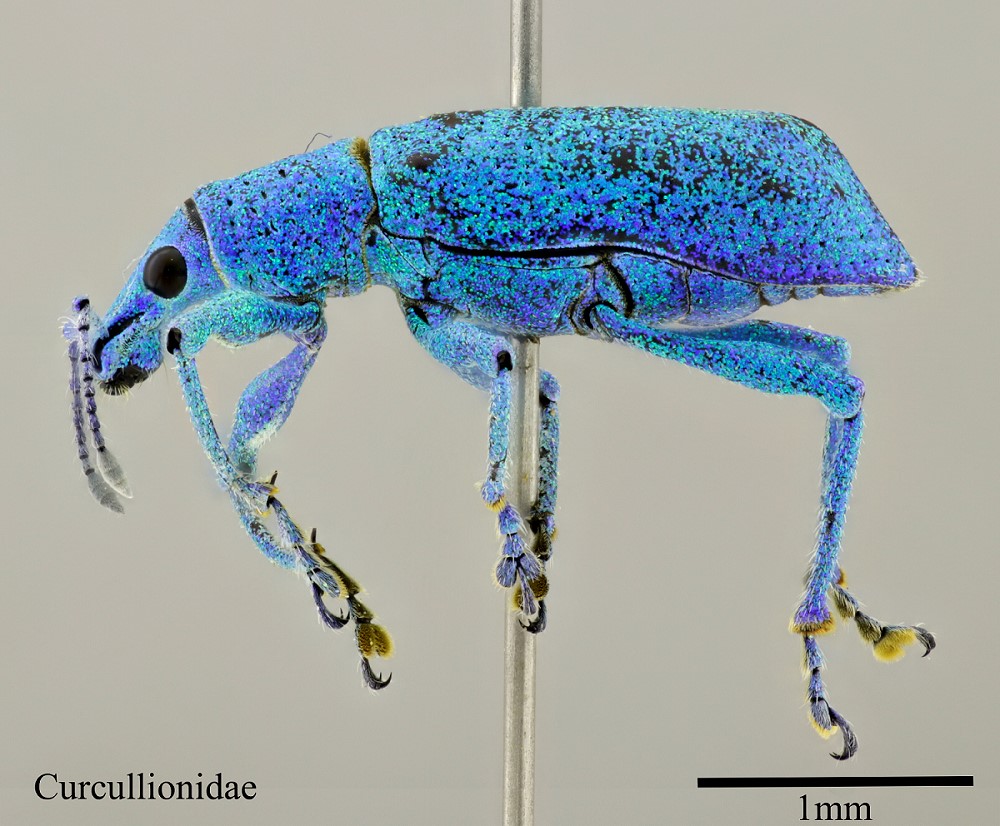 Curculionidae. Weevils of one of the largest insect families on the planet. They are invertebrates that help control invasive weeds. Photos: Andrea Carolina Henao Sepúlveda / Courtesy of the Entomology Laboratory.

The oldest specimen preserved in the Universidad de Antioquia Entomological Collection (CEUA) is Metaleptobasis forelli, a dragonfly collected in 1917 by naturalists Edward and Jesse Williamson near the municipality of Puerto Berrío, Antioquia. How did it come to this collection? After corresponding extensively with researchers Rosser Garrison and Natalia von Ellenrieder, his thesis advisors, Cornelio Bota Sierra, a researcher of the Collection, received the specimen in 2019 as a gift in recognition of his studies with dragonflies from the tropics. These studies have allowed him to describe more than 20 new species from Colombia so far.

By 1916, the Williamson brothers had collected 8,553 individuals from the Magdalena Medio region, a natural heritage that was not preserved in the country. Therefore, the return of the dragonfly collected more than 100 years ago has great significance for researchers because of the scarcity of ancient biological individuals and references in Colombia. If we look back, we find an explanation: While the Spanish colonizers were not given to collecting natural species, the European bourgeois houses had shining cabinets of biological rarities collected by explorers who took the specimens to sell them to museums and collectors from other latitudes.

Universidad de Antioquia's insect collection is now much larger. "We have built our current collections through hard work, and they are very important in identifying what we have in a specific area given the scarcity of references that we had until 20 years ago. A researcher can rely on these collections or on literature to describe species, but the latter is often insufficient because words sometimes run out when it comes to describing details of the lineages or evolution of species", explained Bota Sierra, a specialist who has reported more than 300 dragonflies.

The founder and guardian of the Entomology Laboratory, a national and continental reference today and a center for insect studies that will turn 25 this year, is the biologist Martha Isabel Wolff Echeverri. With the Entomology Group, she has been dedicated to preserving, classifying and studying these wonderful "bugs". From her perspective, they are the natural heritage of everyone and no one, and they are the repository of the expertise, time and effort of many students and researchers. "The insects are like a library. Each one tells the story of the place (climate, altitude, vegetation, substrate) and time in which it was found, and they remain as evidence and records for the future. The species collected in this laboratory have given us details of contexts of places such as forests that no longer exist and of which these insects are proof", said Wolff Echeverri.

To recognize and distinguish them, we use a universal language or hierarchical organization to which they belong: phylum Arthropoda, within which is the class Insecta and, within it, there are several separations or orders. Diptera (flies and mosquitoes), Coleoptera (beetles), Odonata (dragonflies) and Orthoptera (crickets) are some of them. Then come the families, genera and species, which is the name by which they are identified.

The Universidad de Antioquia Entomological Collection (CEUA) currently holds individuals from 30 of the 32 orders that exist on Earth, with almost one million specimens. "They are kept in entomological boxes in rolling file cabinets. Some are dry-preserved, others are preserved in alcohol, and the very small ones, in plates with a special resin called "Canada balsam" so that they are preserved for at least 500 years", specified Wolff Echeverri.

Collecting the body of a live animal is not the same as collecting the body of a dead one. The latter contains a lot of information that can be analyzed and serve as a reference to identify new species. Through caution and protocols, the internal characteristics of the individual are very well preserved, and this enables the analysis of aspects such as evolution and behavior. The evolution of these orders of insects has determined their morphology and survival. Although it is sometimes determined by their behavior, it can also be the result of mutations that accumulate over time.

In the case of some flies, for example, it is closely related to flowers: They take the form of elements to avoid being eaten. "In the case of the Sylphid family, they have specialized in mimicking wasps and bees. Some have robust bodies and hairy legs. Resembling and dressing up as or taking on the appearance of bees gives them advantages against predators, who are warned by the insects’ colors and clothing. At the level of reproduction and survival, this also gives advantages to a species", said Augusto Montoya Giraldo, researcher and specialist in flower flies: pollinators.

Researcher Wolff Echeverri explains that the Entomology Collection has helped students from other parts of the world to learn about the species that live in the tropics, where Colombia is located.

In addition, it has allowed students from the university to visit educational centers in other countries, which has enhanced the feedback of knowledge. Moreover, it is such a large collection that it poses a great challenge for researchers and the university, especially if there is no institutional policy to store or classify them. For now, the members of CEUA have dedicated themselves to its care and valuation based on their expertise and, sometimes, against all odds as if preserving a treasure that, in many cases, is not valued. 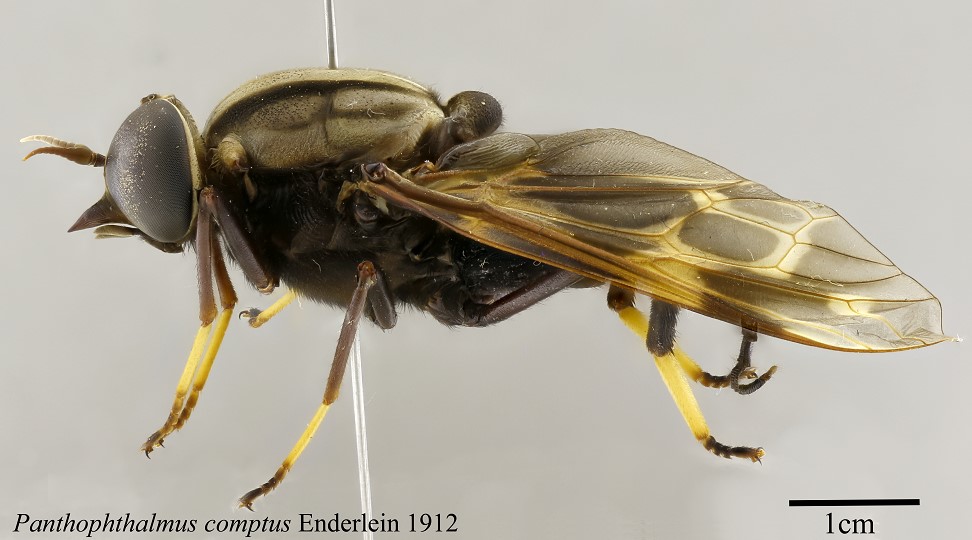 Pantophthalmus comptus. It belongs to the largest group of flies in the world, exclusive to the Neotropical region from Mexico to Argentina. In Colombia, they are found in highly conserved forests, such as those in Chocó, or high-mountain regions. 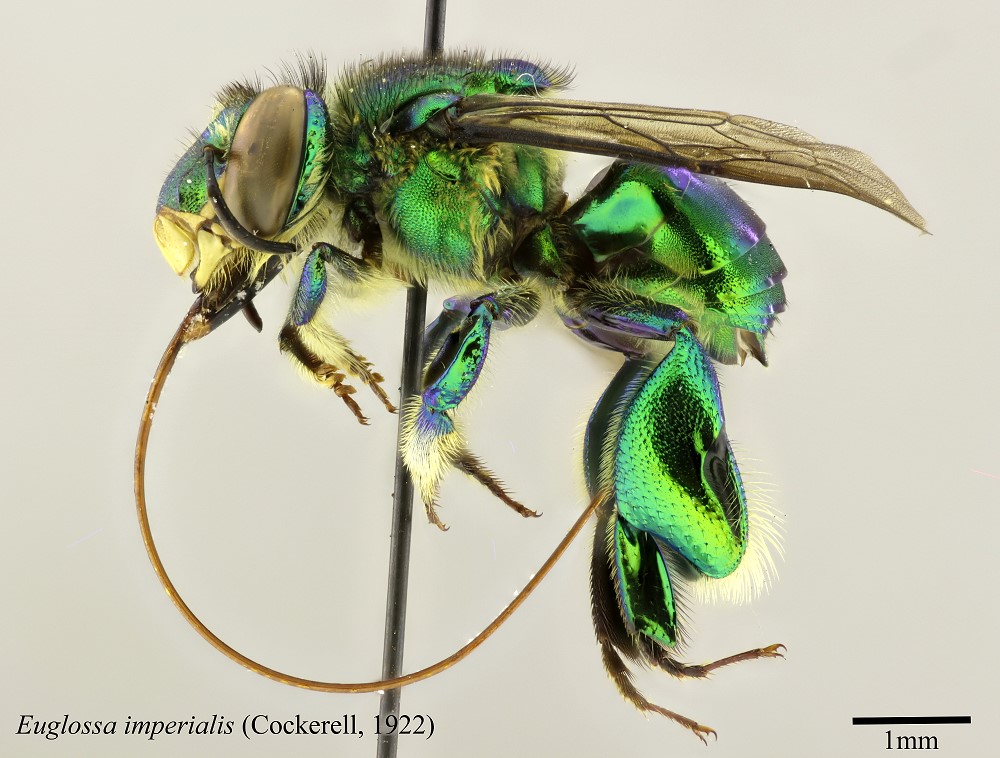 Euglosa imperialis. Called green orchid bees, they are one of the main pollinators of these plants in the American continent and are particularly abundant in Colombia. 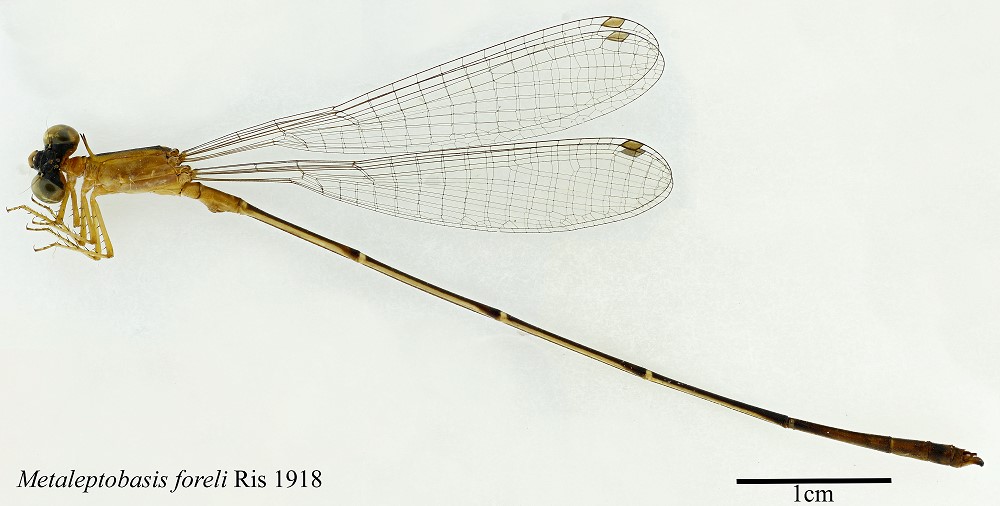 Metaleptobasis forelli. This dragonfly is the oldest specimen in the Entomology Laboratory. It was collected 105 years ago near Puerto Berrío, Antioquia.