UdeA Biobank, in search of a cure for Alzheimer’s

The Brain Bank at Universidad de Antioquia, also known as the Biobank, is aimed at finding a cure for Alzheimer’s and to advance research on neurodegenerative diseases.  To date, it has a collection of 256 human brains. 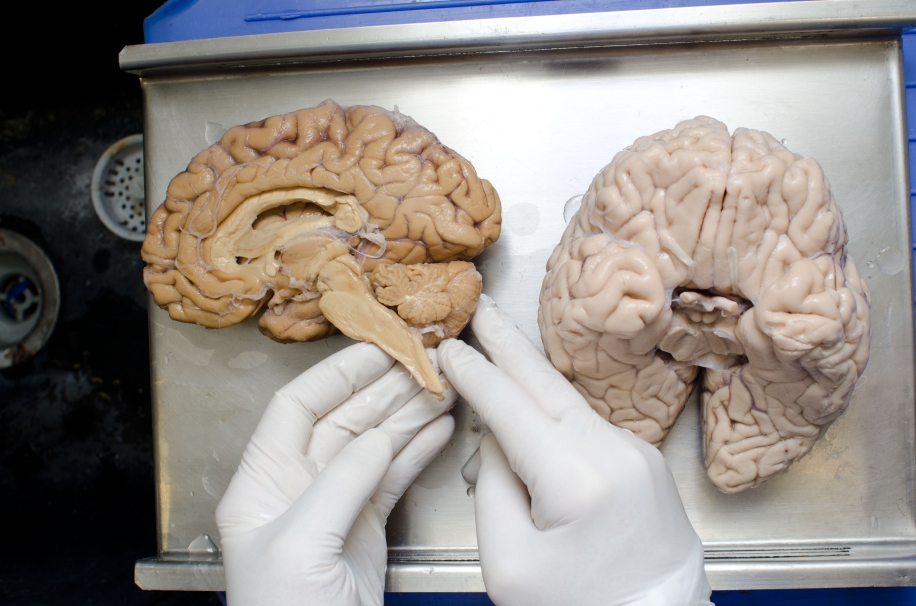 Photo: Each brain is classified according to its characteristics and then placed into a formalin solution in order to preserve it.

When the family of a person who has just died wants to donate the brain of their loved one to the Biobank, the race to remove and store the organ in the shortest possible time begins.

The organ must be removed within 6 hours after death in order to preserve valuable information stored in the donated brain. If 12 hours have passed since the person died the value of the information decreases. If more than 24 hours have passed, the researchers will discard organ removal due to significant tissue damage.

Five UdeA Neurosciences Group members are responsible for taking the body to the morgue in less than six hours after death (preferably within 3 hours) in order to remove the brain carefully. The organ is then weighed, measured, photographed and scanned for colorations, ischemic lesions, hemorrhages, aneurysms and atrophy that may have affected certain areas of the brain.

The brain is cut in half with one side placed in a formaldehyde solution (formalin) and the other placed in a freezer at about minus 80 degrees Celsius. The brain samples are coded by number and tracked in a very complex database to which few scientists can access. The collected information is supplemented by neuropsychological evaluation of the donor and delivered with confidentially to the donor’s family so that they can better understand the intricacies of their loved one’s brain.

“Once families consent to donating their loved one’s brain, we start a race against time to ensure the survival of the tissues, so we are available any time of the day, any day of the week,” says Dr. Andrés Villegas, director of the Biobank. Universidad de Antioquia’s Biobank is the only brain bank in the country (and one of the few of its type in the world) that focuses on neurodegenerative diseases. It has the largest number of samples of brains from people with familial Alzheimer’s (80 in total).

According to Villegas, the samples have been used in a number of studies on neurodegenerative diseases that have appeared in publications from England, Spain, France, Germany, USA and Argentina. “Very few types of mutations were known 20 years ago. Today, more than 240 types of mutations have been discovered,” Villegas said.

Donated tissues are also used to find potential Alzheimer’s treatments. The Biobank became operational on March 31, 1995, thanks to the donation of the brain of a woman. Since then, UdeA Neurosciences Group began to do research on the so-called “paisa mutation”, a genetic defect on chromosome 14 responsible for early-onset familial Alzheimer’s. The mutation, which affects nearly 5,000 people (25 families) in the department of Antioquia, Colombia was named after people living in the region around Medellín, popularly known as "paisas".

Since then, great progress has been made. Researchers in the Neurosciences Group are making preparations to test the effectiveness of a drug that may help prevent Alzheimer’s in individuals who are likely to develop the disease because of the mutation. 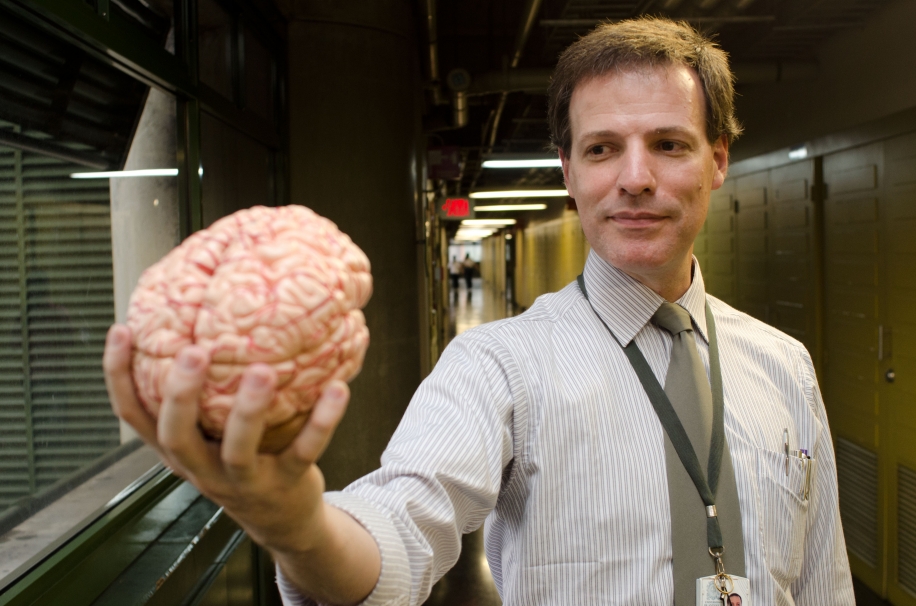 Dr. Francisco Lopera, director of the UdeA Neurosciences Group and manager of the Alzheimer’s Prevention Initiative (API) led by Universidad de Antioquia says that Alzheimer’s is becoming a global public health problem as all previous attempts to find a cure to the disease (about 800) have failed.

“We believe this may be due to the fact that the medications were administered after it was too late for the patients, when their brains may already be irreparably damaged,” says Dr. Lopera. “We want to develop a preclinical treatment for Alzheimer’s," he added.