Sensors Created to Monitor the Structural Health of Buildings

Low-cost transducers or sensors allow for constant monitoring of the structure of a building during its construction and useful life. Knowing the health of structures helps to identify failures or possible damages, avoid tragedies and economic loss, reduce uncertainty in the construction sector and explore the use of software and tools for registration in the census and data processing in this area. 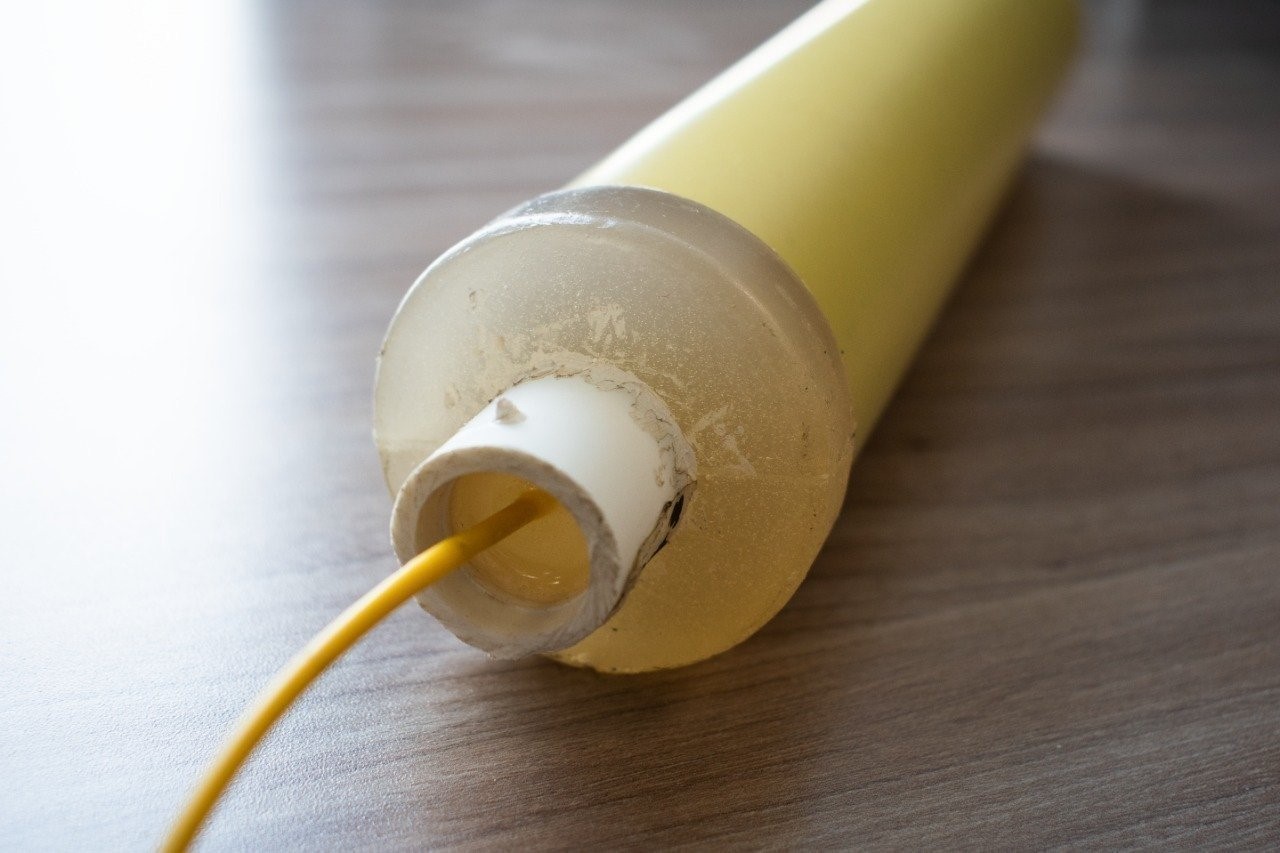 Many are the factors that lead to damage to building structures: bad professional practices such as failures in calculations, taking the design to the limit to optimize space, the use of poor-quality raw materials, construction on unstable terrain or slopes, groundwater and seismic movements. All these can cause tragedies, which, in the case of Medellin, have claimed lives, as happened with the collapse of the Space building in El Poblado in 2013.

Professor Julián Sierra Pérez, attached to Universidad Pontificia Bolivariana’s Faculty of Aeronautical Engineering worked with researchers Carlos Blandón Uribe, from Universidad EIA, and Carlos Alberto Riveros Jerez, from Universidad de Antioquia. They intended to monitor buildings in real time and identify failures or damages in their structure. To do so, they developed two fiber optic transducers or sensors that allow them to measure the mechanical and thermal stimuli of the columns where they are installed.

This advance is the result of more than 15 years of research by Sierra Perez, who applied methodologies used in aerospace engineering and the aeronautical industry to the construction sector in Colombia for the registration of buildings in the census.

In 2019, the project participated in one of the calls for collaborative projects from the group of Antioquia universities that make up the G8+1. The company Ingenieros Consultores, managed by Héctor Urrego, joined the proposal. In addition, the Governor’s Office of Antioquia and Ruta N selected it as a topic of interest to be co-financed by both institutions.

"We have designed several devices that measure loads and do thermal compensation and thermofluence, which is the deformation of a material when subjected to high temperatures for long periods and under a constant weight. This is a package with several sensors installed in the concrete structure. The monitoring shows how the load is doing, how the building is settling, and how the load distribution in the structure is changing. We can determine in real time whether it is suffering damage and better understand what the load flow is like to feed back into the current calculation models", said Julian Sierra, coordinator of the Aerospace Engineering Research Group at UPB.

Even though the country's construction sector has well-developed and supported regulations that have proven to be reliable, researchers thought it was necessary to use technology to improve construction systems that would allow them to analyze structures from the design stage and through to the construction and operation stages.

Carlos Alberto Riveros Jerez, professor at Universidad de Antioquia’s Faculty of Engineering, explained that the design of a building is based on different structural systems responsible for supporting the weight. "It is done under some premises of load values that are not entirely accurate. There are some differences with the real thing, but the standard or regulation of approximations allows for a safety margin for the building to resist, so to speak. This instrument is important because it allows us to have a better understanding of the structure’s behavior since science is still trying to understand many things, and this is an initial approach", said Riveros, civil engineer and co-researcher of the project.

Installation of sensors on the columns of a building under construction in Sabaneta, Antioquia. Photo courtesy of Julián Sierra Pérez.

It Improves Safety and Reduces Uncertainty

After several years of laboratory tests and thanks to the synergy between universities and private companies, in this case, Area Ingenieros Consultores SAS., the sensors were installed in a 33-story building under construction located in the municipality of Sabaneta, south of the Valle de Aburrá.

"This building is supported by 32 columns on the first floor that have the instrument we developed. The sensors integrated into the structure were installed without hindering the construction process and will remain there throughout the life of the building. We are monitoring to understand how it settles and how the load distribution changes", said Julian Sierra, PhD in aerospace engineering.

Although similar technologies exist in the market, the novelty of these sensors is their low cost and the adaptations that take into account the unusual conditions that occur in Colombian territory, such as construction on slopes and vertical urban growth.

"While a transducer can cost around 13 million pesos in the market, ours is less than one million. It is small, unobtrusive, can be placed inside the structure and has high sensitivity. The technological package offers competitive advantages over traditional technologies, and this makes it unique in the market", added Julián Sierra, principal investigator.

Currently, the sensors are in the process of being patented and the scientists continue to work on two fronts: first, validating the performance of the sensors in the building in Sabaneta to create an algorithm that converts the information collected into indicators, and second, developing other types of transducers for existing buildings that can be attached to damaged or repaired structures. 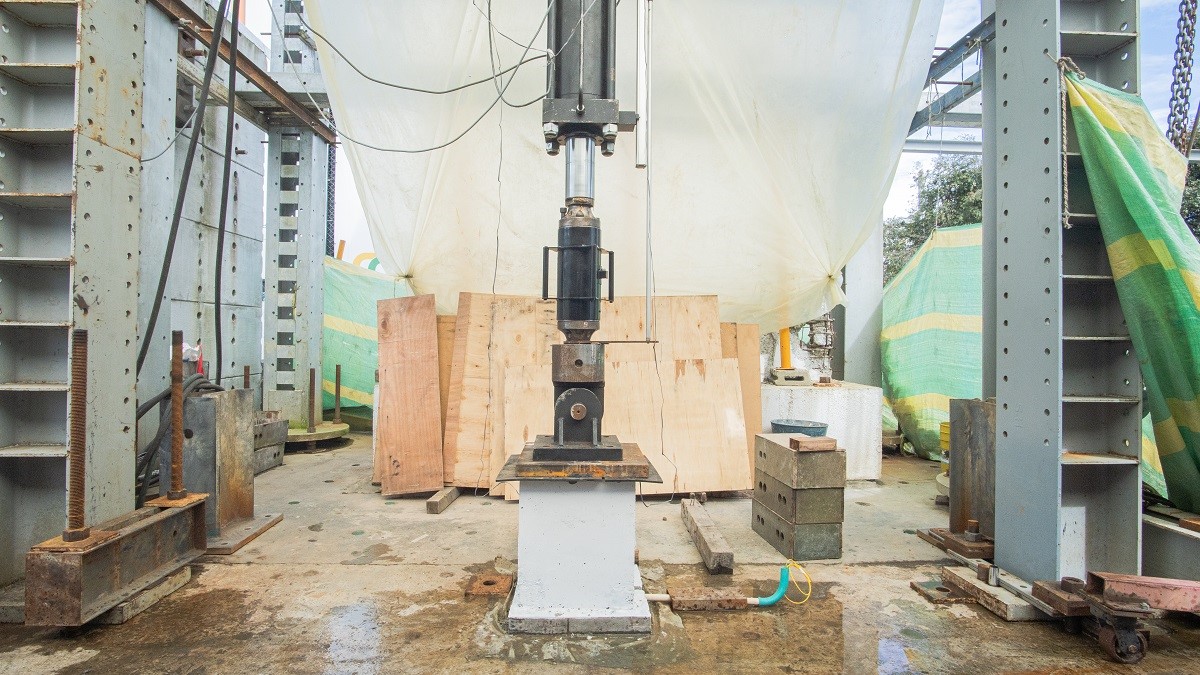