At Universidad de Antioquia’s Ecological and Agro-Environmental Studies Center (TULENAPA) in Urabá, a project is being developed based on aquaponics as a practice that enables sustainable food production and community empowerment. 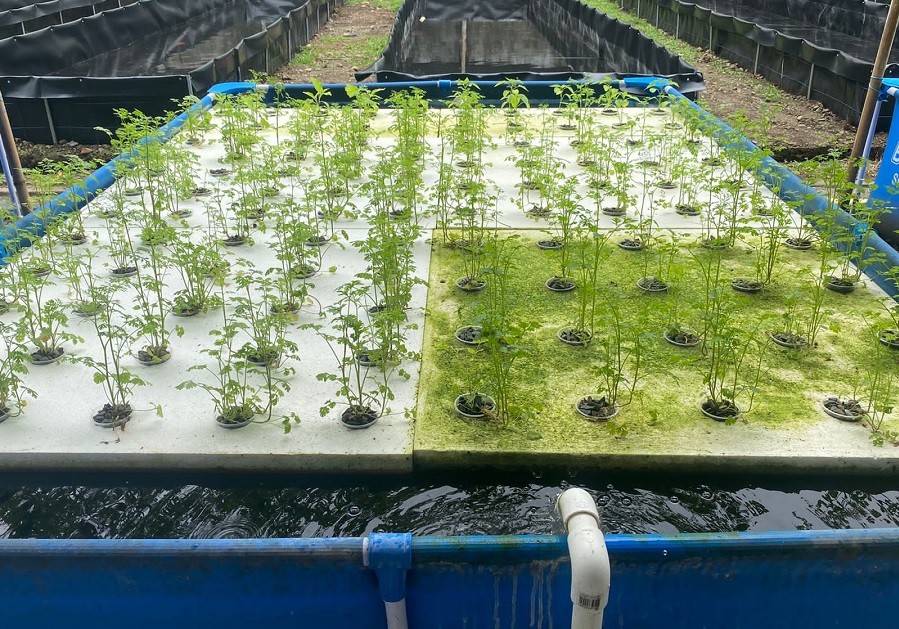 Tomato, melon, cilantro, basil and thyme, among others, are grown in a closed cultivation system designed for the Urabá region of Antioquia, but adaptable to different geographical environments. It is a sustainable system, known as aquaponics, suitable for dealing with the vicissitudes of climate change. It is also intended as an interdisciplinary space for the empowerment of women and families in the region.

The aquaponic cultivation system combines fish farming techniques and hydroponics — consumable vegetable farming — in which the water circulates in closed environments. In other words, the water returns to its place of origin, with water savings that, compared to other production systems, can be over 90%. Traditional systems almost always dispose of the water that is used for the fish. In this case, it is recovered with little loss.

It works in a cyclical and symbiotic way: The water used for the fish is also used for the plants. As the water passes through the plants, it cleans the residue in them and then it reaches fish organisms again in optimal conditions. In this case, the plants are in charge of purifying the liquid organically, and the residue, in turn, becomes a natural fertilizer that the plants absorb, and it helps them to grow.

The Marine and Coastal Systems Group (GISMAC), attached to Universidad de Antioquia’s Environmental Academic Corporation, has been working on this project since 2015. In 2019, the aquaponics laboratory, which is also a training center, was set up at the Ecological and Agro-Environmental Studies Center (TULENAPA) of Universidad de Antioquia. It is in the municipality of Carepa, Urabá.

"The feeding cycle of the plants, together with other simpler filters, allows the water to be reused. The water from the fish can be used for the plants and vice versa", explained Fabio Castaño Rivera, GISMAC researcher and professor at Universidad de Antioquia’s Marine Sciences Campus in Urabá. 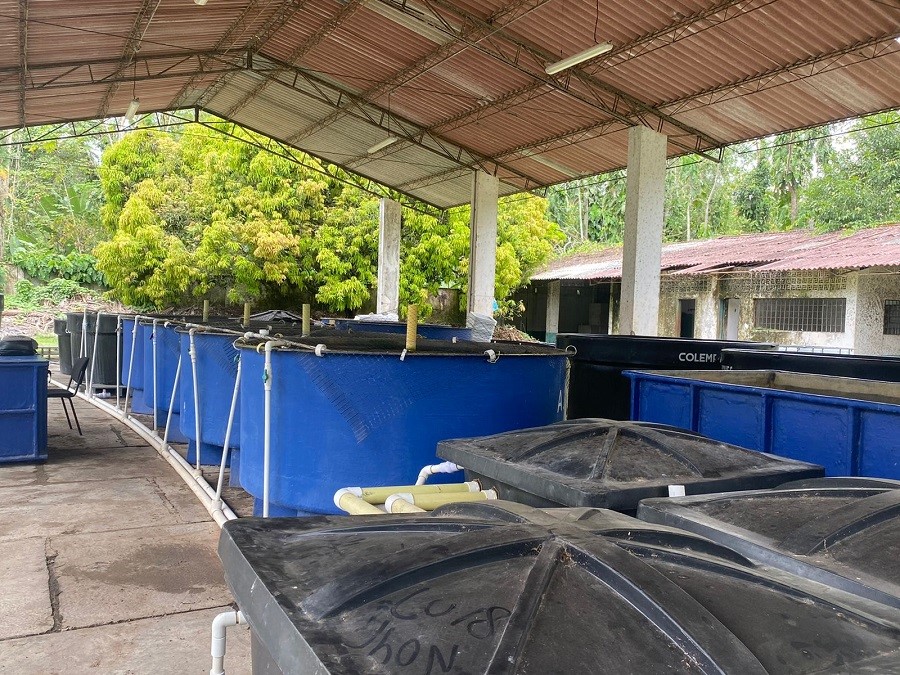 The researcher explained that the fish they work with are freshwater and native species. The cachama is the most relevant of them. They have experimented with marine fish but have not implemented this work yet since they want to have freshwater species.

In addition, aquaponics is an environmentally sustainable activity because it enables a constant saving of water, and this is an advantage against the effects of climate change, which, in the future, may affect the availability of water for certain regions. There are more benefits: Because of the quality of the nutrients, some species of plants can have shorter harvesting times than in the conventional system. Under aquaponic models, in approximately one month, some plants have reached a size that makes their commercial use possible.

In fact, the researchers are looking into which species are best suited to the Urabá market. "Many vegetables have to be brought from other regions of the country, which generates cost overruns. With this system, we are testing and trying out how vegetables such as cilantro, eggplants, tomatoes and lettuce can grow better. So far, we have had good results and we have observed that there are species that, although produced in other environments, adapt to ours", explained Jenny Leal Flórez, professor, researcher and coordinator of GISMAC.

This has been a research site for the university and the region. Multiple species of fungi, fauna and flora are preserved in it. Therefore, it has enabled the development of studies and experiences related to cultural and ecological practices.

Social Transformation under the Guise of a Productive Activity

The aquaponics project also has an important community and women's component. For several years, researchers from the Marine Sciences Campus have been working on integrated coastal management and hydrobiological resources. The fishermen of Urabá have been instrumental in weaving academic knowledge about the region, and this project is carried out as a productive and training system that is open to those who want to learn about aquaponics and replicate it with other communities.

"We are involving a group of women in this system so that, based on their knowledge, they can nurture and work on it. We would like to implement it in schools and work with mothers and children. In this way, we can contribute to meeting a need that the country has: intervention in family values and female empowerment; learning to recognize common over the individual good", said Leal Flórez, who thinks that all complex questions require interdisciplinary work.

With this system, the communities participate in clean production, in which the water is recycled, and the product’s quality is higher because it has no chemicals. Healthiness is thus monitored through biological filtration processes. This opens doors to demanding markets and helps to revitalize fishing in its current crisis. Like any farming system, it adapts to space and economic resources.