Cannabis is a plant that is both loved and hated. In Colombia, it was first banned in 1939, and only in the second half of the 2010s did it begin to gain ground for medical and scientific use. It is estimated that its growth as an industry will have a positive impact on the country's economy and the health of many Colombians. 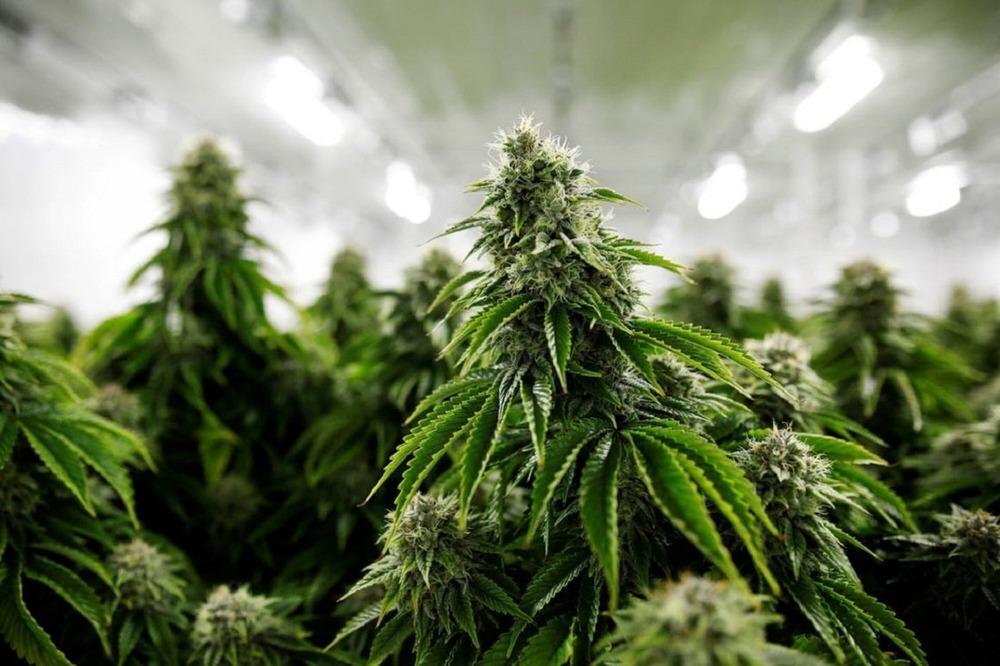 Last July 23, 2021, the government of President Iván Duque signed Decree 811 of 2021, which regulates the safe and informed access to the use of cannabis and the plant. Photo: taken from Pixabay

Suddenly, in his sleep, Otto raised his arm and began to babble words for a few seconds. He did not cry out. Then, he carried on sleeping as if nothing had happened. Laura, his mom, looked at him with astonishment but let it slip because everything had returned to the regular course of events of an eleven-hour flight between Bogota and Madrid. It was June 2014, and they were traveling to Estonia to visit Otto’s grandparents.

"I didn't understand what had happened on that flight. I thought he had had a nightmare. In Estonia, he told me that he was getting some kind of jerks. He said it was a sort of shaking. A month and a half later, back in Colombia, he had a seizure at school and, from then on, he had myoclonies —involuntary movements— every day. Then came a whole series of crises", said Laura recalling those first days of a life-changing experience.

In December 2014, Dr. Paola Pineda Villegas, a surgeon from Universidad Pontificia Bolivariana and specialist in medical law, received a call from Laura, who was seeking help for her son's crises. "There were between 40 to 50 crises a day when I met him. They were beginning to notice a setback in his development", said the doctor.

At that time, medical cannabis was almost a myth in the country. A group of mothers with children suffering from epilepsy began to try it. They were motivated by several experiences in the United States and Chile. "At that time, we were just starting, and we did it in a very basic way. We used small bottles, and we didn't even know how many milligrams or what percentage of CBD or THC they had. These are the two main components of cannabis for medical use. We knew it was clearly cannabis. It was trial and error", says Dr. Pineda.

Otto began to improve with the cannabis treatment. There were moments when he would get out of control if a chemical was modified in his medicine. "Since we didn't know exactly what was going on, we would add a little bit here and a little bit there to adjust gradually. Later, we began to find out what the little bottles contained, or at least whether it was THC or CBD, which are the cannabinoids, and we began to have more clarity about the treatment", said the medical cannabis specialist. 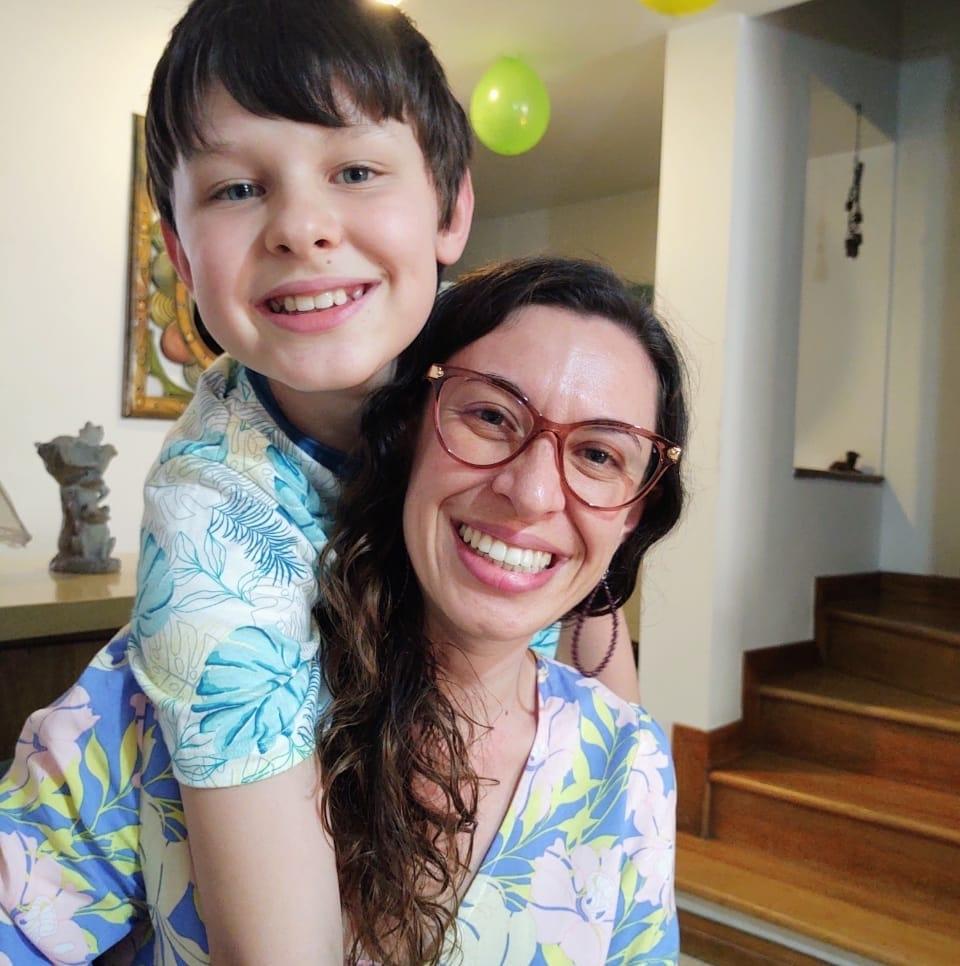 The "Weed That Makes You Crazy"

Marijuana has been used by humans for medical purposes for millennia. There are reports in the literature that date back to 2700 BC. During the 20th century, it was strongly persecuted, and its use and commercialization were prohibited. It was more an economic and political issue than a scientific one. This prohibition was promoted by the United States Government in the 70s. "At that time, a great deal of research on cannabis was performed but also on psychedelics. In that fight against drugs by Nixon and his government, all that fell by the wayside", said Paola.

According to Eduardo Sáenz Rovner, PhD. in history and professor at Universidad Nacional, the authorities have been aware of marijuana crops in Colombia since the 1920s. However, the destruction of plantations was ordered only in September 1939, and it was established that those who violated this provision would be punished "as illegal traffickers in heroic drugs".

As history has shown with tobacco, alcohol and drugs, the effect of prohibition is the increase of prices, which, in turn, strengthens producers economically. As a result, cultivation increased dramatically in the 1960s and early 1970s to satisfy U.S. consumer demand. This was the starting point of a long and hard fight by the Colombian State against the mafias that produced the drugs.

These were years of acts and decrees that prohibited and persecuted cannabis growers and consumers. In1946, the Consuegra Act was issued. In 1949, Mariano Ospina Pérez signed a decree against cannabis for "having poisonous properties". Then, in 1951, a new decree that described growers and consumers as "thugs" was put into effect. Finally, in 1978, the government of Julio César Turbay implemented Operación Fulminante, in which more than 10,000 soldiers waged a war against growers, and the fumigation of crops was ordered. As recently as 1986, Act 30 paved the way for the regulation of the medical use of cannabis.

Small Victories of the Weed

Despite the progress implied in Act 30, the reality was different. The problem of drug trafficking in the country led to the persecution of growers through large seizures in the following years. It was only in 2015, with Decree 2467, that this process was allowed to be regulated. Then, the first licenses for the production and manufacture of cannabis derivatives were granted to four companies: three Colombian and one Canadian.

These steps towards the medical use of the plant opened a door for people like Otto and his mother, who found legal protection for early experimentation to use cannabis as a complement to Otto’s epilepsy treatment.

"We have different systems that control the physiological functions of our organism. One of them is the endocannabinoid system, which is distributed in various parts of our body, mainly in the central nervous system. We have neurotransmitters that reach these different parts of the body, and there are receptors called cannabinoids", said professor Dora María Benjumea Gutiérrez, member of UdeA’s Toxicology, Therapeutic and Food Alternatives Research Group.

The health benefits of some active principles of cannabis, which is a pharmacological treasure, and the economic importance of this industry accelerated the creation of a legal framework for the exploitation and commercialization of the flower in the last five years. The breaking point was Act 1787 of 2016, which established the regulatory framework for the use of cannabis and its derivatives for medical and scientific purposes. Naturally, the subsequent decrees that have expanded the scope of action have been crucial as well.

The most recent of these is Decree 811 of 2021, which makes it easier for traders to be more competitive, especially with the commercialization of dried flowers, which was prohibited. Colombia's environmental conditions enable more efficiency in certain processes, temperature and humidity, which yield crops with good concentrations of phytocannabinoids. "In addition, the decree allows the marketing of food and beverages that contain cannabis, and that makes the industry more competitive given the large investment in infrastructure that industrialists have made", said researcher Dora Benjumea.

A study by the Foundation for Higher Education and Development (Fedesarrollo) indicates that the cannabis sector in Colombia generates an average of 17.3 formal agricultural jobs per hectare and could generate 7,772 by 2025, and 26,968 by 2030. 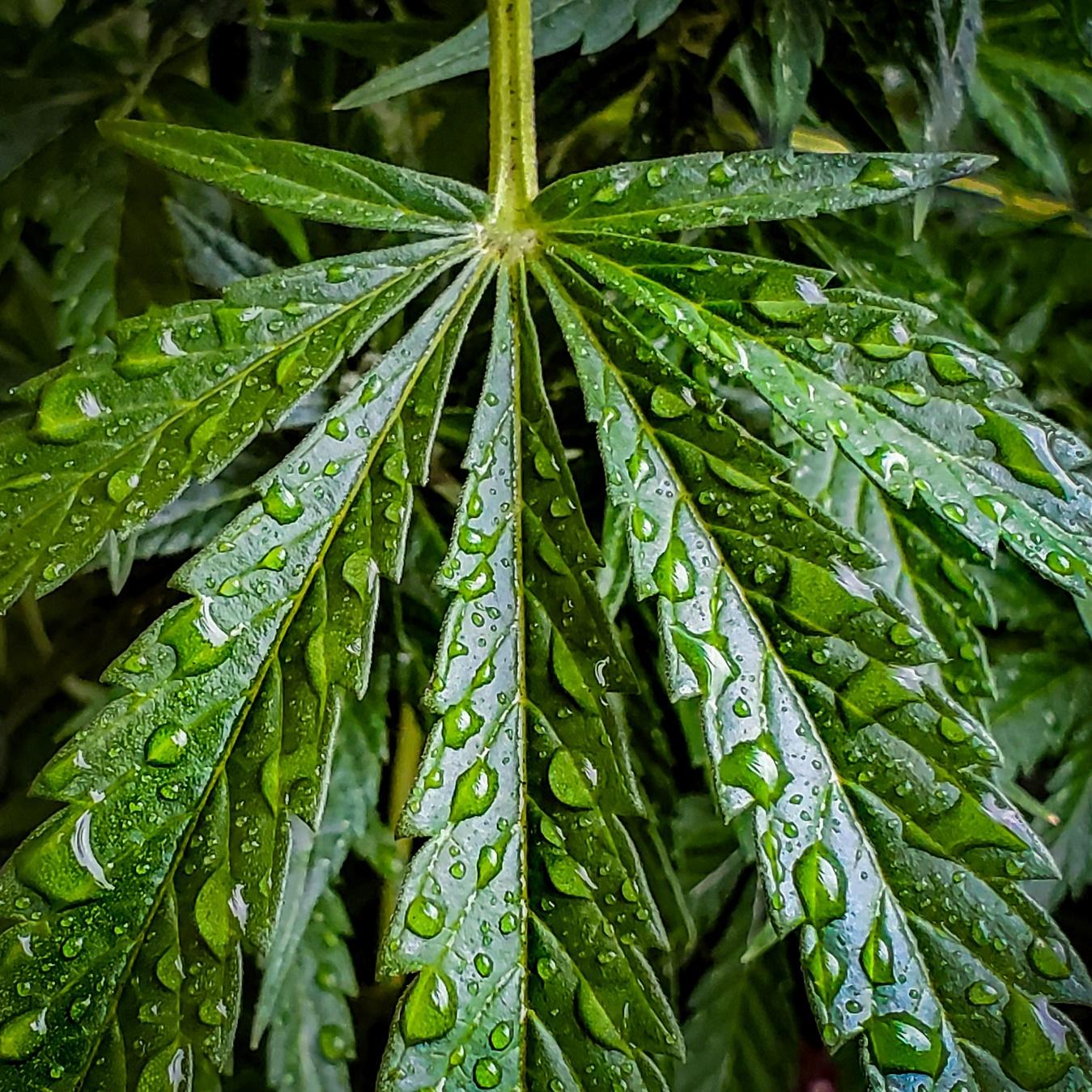 The battle against drug trafficking began with the control of marijuana crops. Photo: Wayne S. Grazio, (taken from Flickr)

A Month of Darkness

In July 2015, Otto's illness hit him hard. A status epilepticus —a prolonged epileptic seizure or a series of seizures during which the patient does not fully recover consciousness— that lasted 16 minutes sent him to intensive care at the Pablo Tobón Uribe Hospital. There, he lost his speech, walking mobility and had a moderately severe encephalopathy.

"The doctor told us that he was entering a state of regression. The electroencephalogram showed that he was having 52 seizures per hour: more than 1,600 per day! He was going to reach a semi-vegetative state because there was nothing else to do", Laura expressed. "He no longer walks or talks, but he smiles, and I see in his smile the desire to continue living", she wrote on her Facebook profile in May 2015 while they were going through the hardest moment of the disease.

In Colombia, the culture of self-medication is deeply rooted, and it might be expected that the same thing will happen with medical cannabis. It must be considered that, although these drugs are derived from plants, they can generate adverse effects because there are cannabinoid receptors in many parts of the body. The uses for which they are approved are very specific and must be exclusive. Therefore, cannabis cannot be used without the guidance of a medical specialist.

It is believed that cannabis is approved for treating pain, but it is not. Although this use is under investigation, cannabis has not yielded good results in pain reduction. "We must know what these cannabis-based drugs are really approved for. For example, some are for very rare cases of epilepsy, such as Lennox Gastaut syndrome, Dravet syndrome and tuberous sclerosis complex. Some are for anorexia, which is associated with HIV, or for patients with nausea and vomiting as a result of chemotherapy in cancer patients", said professor Dora Benjumea.

Apart from giving Otto medical cannabis, Laura started him on a ketogenic diet —with carbohydrate restriction and a high percentage of animal protein and healthy fats— and her son began to improve. "We started to withdraw many chemical medications and, with the prognosis that my son was going to be in a vegetative state, we tried it. After two months, Otto stopped convulsing; we began to see a difference", said Laura.

Today, Otto is an 11-year-old boy who walks, talks and has a normal development for his age. He has been seizure-free for five years. He went from having 1,600 seizures a day to playing with his friends in the schoolyard. He no longer suffers from epilepsy! Laura, guided by the treating doctors, gradually dismantled the treatment: first, the chemical drugs; then, the diet and, finally, cannabis.