Used Batteries: From Chemical Cocktails of Hazardous Waste to Sources of New Materials

With the research and implementation of simpler and more economical methods to extract waste from used batteries, scientists from Universidad de Antioquia are advancing on the road to a circular economy in the country based on battery recycling. Among the results that stand out are the creation of a material with intelligent properties useful for developing high deformation sensors, the measurement of vehicles on avenues, the construction of heavy weight scales and electronic, industrial and structural uses. 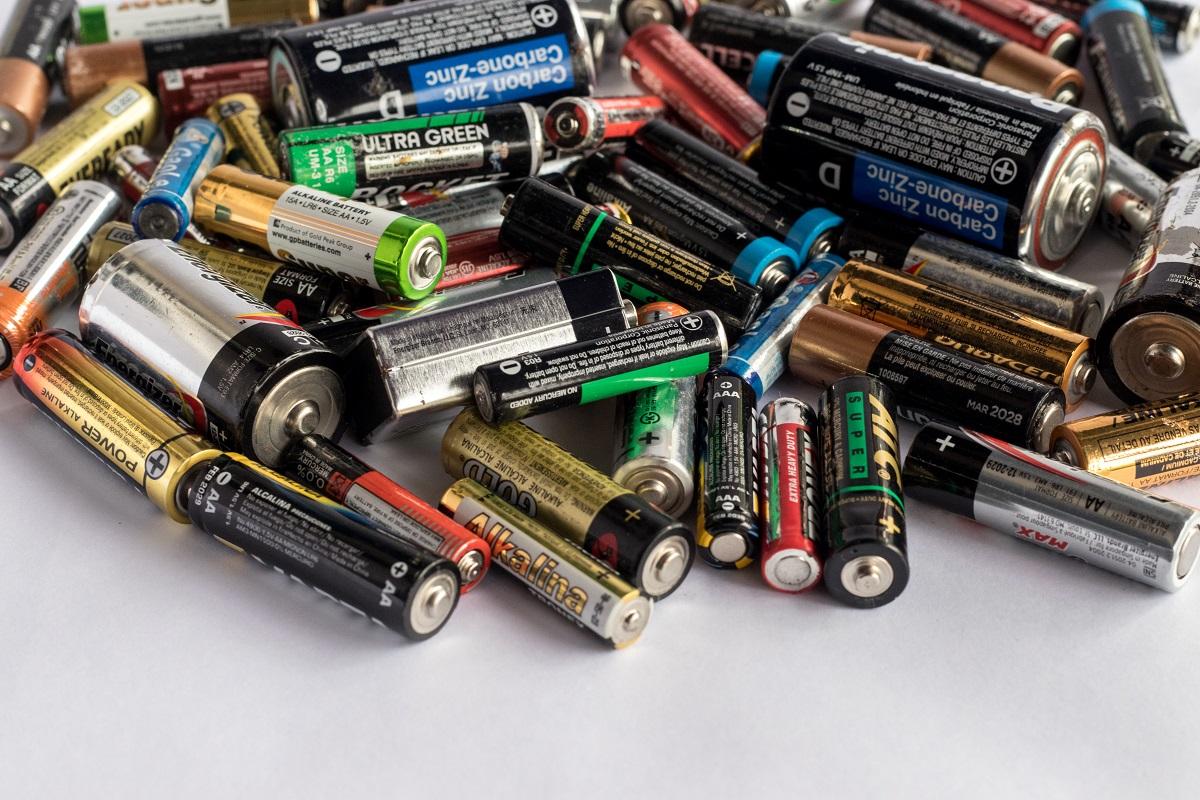 Their names are as many as their uses and applications: batteries, alkaline batteries or zinc-carbon primary batteries. Although they are small, there are several types: AA, AAA, C and D. They are popular because of their practicality, availability, performance and low cost. The problem is that once their useful life is over, batteries are hazardous waste due to their high content of toxic metals.

Some 200 million batteries are sold in Colombia every year, 134 million of which are not recycled and end up mainly in the country's landfills, according to a study by the National Consulting Center and the National Business Association of Colombia (ANDI).

Factors such as temperature and humidity generate a liquid waste called leachate in used batteries. It is a chemical cocktail with negative impacts on human health and the planet. Researchers from the Faculty of Engineering of Universidad de Antioquia point out that alkaline batteries are more than just hazardous substances that leave environmental liabilities, so they aim to make use of them.

"With the research projects Recycling Technologies for Zn-C Batteries: Review and Challenges or a Circular Economy in Colombia (2020) and Multifunctional Compounds Obtained from the Combination of a Conductive Polymer with Different Contents of Primary Battery Waste Powders (2021), we tried to diagnose the situation in the country. We also tried to obtain battery waste without the need for such drastic treatment, which often involves the use of solvents that may damage the environment, and see how we could use that in structural and replacement materials", explained Natalia Cardona Vivas, a graduate of the institution's master's program in materials. She added that two scientific articles were published from both studies.

According to Vivas, in a previous project, the Cement, Ceramics and Composites Research Group (CCComposites), which belongs to this faculty, had treated alkaline and carbon batteries. The group is led by Professor Henry Colorado, who also participated in the studies.
"In other countries, they treat waste from which they obtain raw materials. We found that in Colombia there is recycling, but not recovery, which is generally done by chemical means. Acidic solvents are used. If not disposed of properly, they can harm the environment", added the chemical engineer.

In the analysis of the circular economy in Colombia, the researchers found that the environmental outlook is worrisome. "There is no culture of disposal, that is, properly storing waste once it is used and taking it to the appropriate sites for collection. It is a social issue. How do we convince the community that these materials cannot be mixed with garbage but must be separated?", stated Mauricio Andrés Correa Ochoa, researcher and sanitary engineer.

Natalia Vivas explained that these wastes can be used to recycle metal, electrolyte, metal oxides, graphite, among other components that have various uses such as the manufacture of new batteries, fertilizers or catalysts. 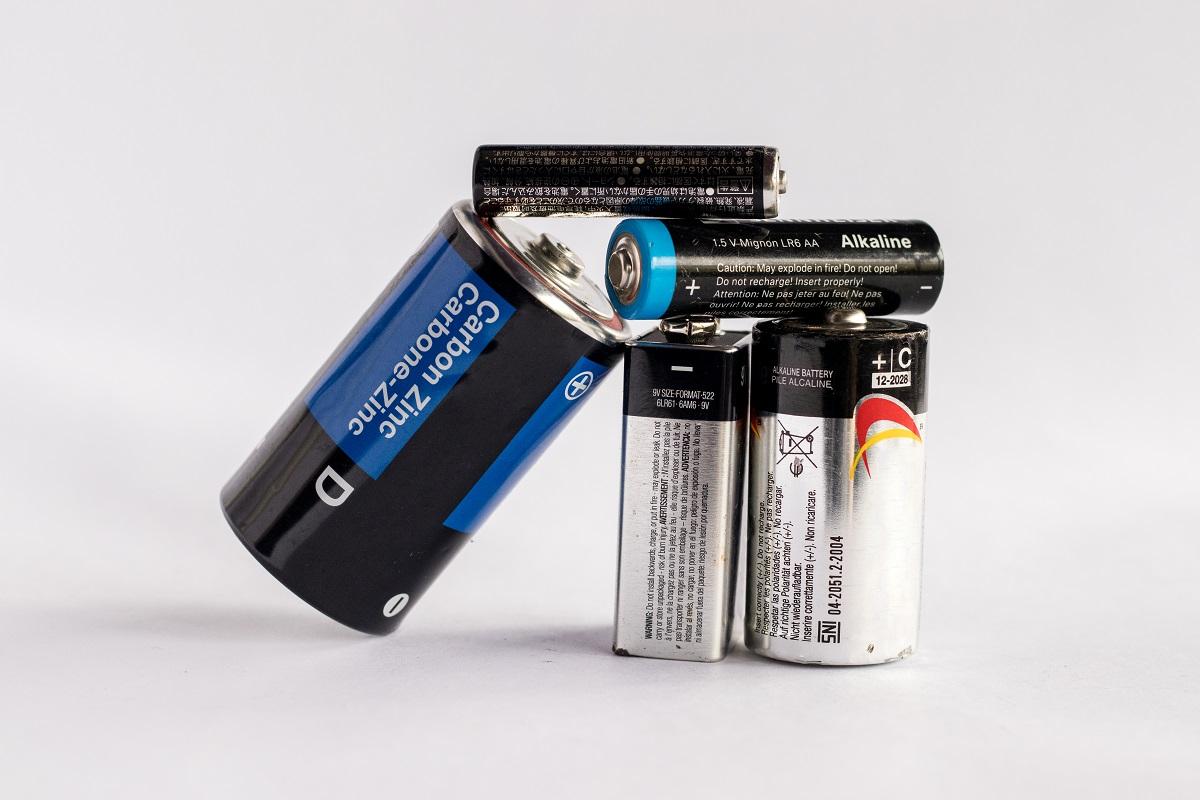 One of the concerns of researchers lies in the transition to other energies since the use of electric vehicles has been proposed as a solution to air pollution. However, their batteries generate considerable amounts of waste and metals. Photo: Alejandra Uribe. Communications Department.

The Birth of a New Intelligent Material

In another stage of the research, as part of Natalia Vivas' degree project, the engineers explored a new "intelligent material" derived from used battery waste. It has piezoresistive properties and applications, which means that its electrical resistance changes or deforms when subjected to stress. These types of materials are used to develop sensors that evaluate force, pressure and deformation.

According to the study, this new multifunctional and sustainable composite material was made from a resin mixed with waste powders of primary batteries, as they are also known. The waste was obtained from recycling as a by-product of the grinding process of primary batteries (alkaline and zinc-carbon), composed mainly of graphite, manganese oxide and zinc oxide.

This is a novel method of using battery waste for piezoresistive applications, a field still unexplored to date in Colombia. Piezoresistive sensors available on the market are used to determine weight on a heavy weight scale for cargo vehicles. They are also used in the field of medicine and the study of the human body for the detection of joint movements, smart clothing, electronic skin and medical diagnoses, among others.

"It is a composite material with a polymeric matrix and ceramic reinforcement that is made from shredded battery waste, the waste inside, that is, without metal, paper and casing. What it has inside is mostly graphite. It was used to make the reinforcement and the material that we found potential electronic applications for. When it is encapsulated, it is a stable material that can have both electronic and structural applications. Besides, there is no need to use other solvents and waste to obtain it", said Natalia Vivas.

"We obtained a sensor or system that allows us to put a resin in the mix and evaluate pressure or force per unit area in different scenarios. This system to measure surfaces would be useful to open a door or change a traffic light. It also has applications in suits or hospital systems. It is necessary to lead the way so that we can develop new materials and input in Colombia to build and sell on a commercial scale and for industrial activities", said Mauricio Correa, PhD candidate in engineering.

Because of its properties, the new compound can be adapted for specific applications and integrated into devices and manufacturing processes. The researchers indicate that this represents a great contribution in the country in the search for innovative solutions aimed at strengthening the circular economy of used batteries.

"We aim to find the final disposal of these materials and benefit from new products. This waste represents opportunities and challenges for new developments and two-way solutions since accumulation and transportation to landfills or incineration facilities and the costs implied are avoided", said Correa Ochoa.

The scientists are currently in contact with state entities in charge of waste collection, Área Metropolitana and other possible allies to scale up this finding to an industrial level.