The high dependence on imports and the low technical and productive capacity of growers led the Governor’s Office to propose the "Consolidation of the Corn Production and Technology District in the Municipalities of Yondó and Caucasia in the Department of Antioquia”. Due to its advisory services in the formulation of the project, its presence in the territories and its experience in the agri-food sector, UdeA was chosen as the executor of this initiative, which is considered of high impact on the region. 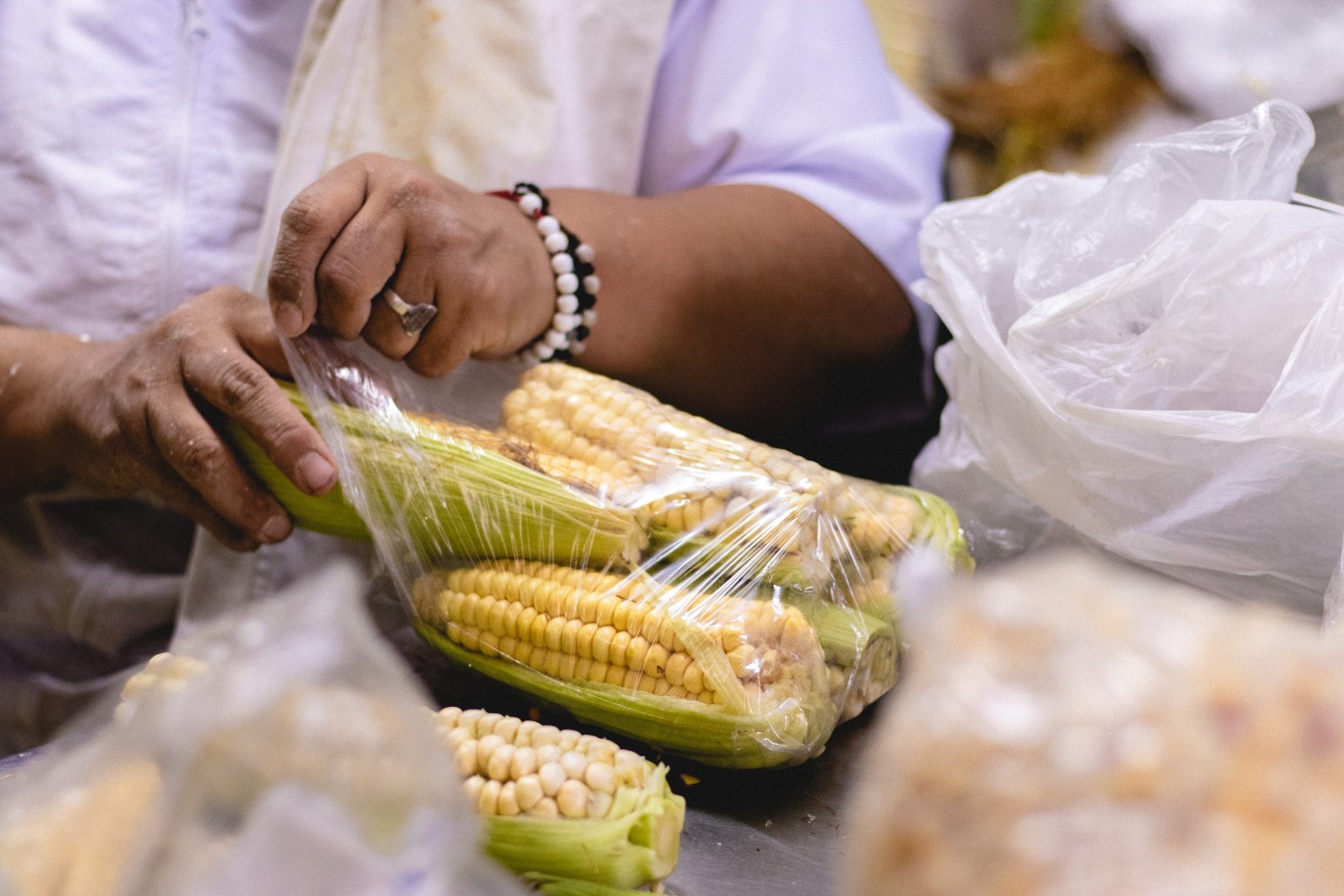 In arepas, mazamorra, cakes and popcorn, among other foods, each Colombian consumes, on average, 30 kilograms of corn per year, which represents 9% of the daily energy in their diet, according to the Food and Agriculture Organization of the United Nations (FAO). In addition, the grain is essential for poultry production, which grew 3.5% in the country last year, with a per capita demand of 335 eggs and 17 chickens, according to figures from the National Federation of Poultry Farmers (FENAVI).

The figures could speak of a promising market, but in reality, they reflect a significant problem of insecurity and lack of food sovereignty, as FAO data confirm that Colombia is the leading importer of corn in South America and the seventh in the world.

"The country produces 1.6 million tons of the 6.2 million that are consumed each year. The situation in Antioquia is more alarming because only 35,000 tons of corn are produced annually, with a yield three times lower than the national one", said the secretary of agriculture and rural development of the department, Rodolfo Correa Vargas.

Given this situation, in 2019, the university began to advise the Governor’s Office in the formulation of the project "Consolidation of the Corn Production and Technology District in the Municipalities of Yondó and Caucasia of the Department of Antioquia". It was approved and obtained over 50,800 million pesos in resources from the General System of Royalties (SGR).

For its implementation, which will begin in a few weeks, the departmental government chose Universidad de Antioquia "taking into account the previous work in research and outreach in this sector, the physical and academic presence in the regions and the experience in this type of projects framed in the General System of Royalties", said UdeA Outreach Vice-Rector David Hernández García, who described the experience as an opportunity to convert, in the medium term, the Bajo Cauca and Magdalena Medio into corn pantries for the region.

"Universidad de Antioquia was our ally from the genesis of the project, and its technical capacity is the guarantee of the project's sustainability", added Correa Vargas.

Julián Londoño Londoño, manager of Universidad de Antioquia’s Corporation for Agricultural Industrial Development (DIA), noted that the project will seek to increase technical capacity with the purchase of equipment, increase production efficiency, generate marketing skills and improve knowledge and technology transfer processes in 3,200 hectares in the municipalities of Caucasia and Yondó.

In terms of yield, the first goal will be to reach 32,000 tons of technically produced corn in 18 months using certified seeds that meet the genetic, physiological and sanitary quality standards following the regulations issued by the Colombian Agricultural Institute (ICA), said the secretary of agriculture and rural development of Antioquia. He explained that there are currently more than 200 corn seed hybrids in the National Registry of Commercial Crops.

According to the Governor’s Office of Antioquia and Universidad de Antioquia, strategic partners of the project, the following machinery will be purchased with an investment of more than 22, 400 million pesos:

After choosing Caucasia and Yondó as areas with a high potential for cereal production, the need to work with existing associations in the municipalities was also identified. "The strengthening of existing cooperatives and collectives of producers and the formation of new organizations will be fundamental in the assistance provided by UdeA to the farmers in these 18 months", clarified the university’s outreach vice-rector.

In addition to acquiring the appropriate machinery, for an effective transfer of knowledge, "we intend to train more than 1,000 beneficiaries and leave installed capacity so that corn production can be extended in the regions in the future", said Londoño Londoño.

This is where important components of the project come in, i.e., the formulation of a collaborative scheme for the analysis of markets and commercialization and the compilation of the knowledge shared in the nascent UdeA School of Agroindustrial Training of Antioquia, concluded Hernández García.

This project will give birth to the Escuela de Formación Agroindustrial de Antioquia (School of Agroindustrial Training of Antioquia), which will offer courses to meet the needs of agricultural producers at the technical, social and organizational levels. The school will be comprised of Universidad de Antioquia’s Faculty of Agricultural Sciences, Faculty of Pharmaceutical and Food Sciences and Corporation for Agricultural Industrial Development.