Colombia, off the Map as a Vaccine Producer

In 2001, Colombia stopped producing vaccines for humans, according to the report of the Office of the Comptroller General of the Republic. In times of pandemic, Universidad de Antioquia’s PECET and Faculty of Medicine explained the current implications of having made this decision and the possibilities of producing the antidotes in the country again, albeit under the modality of maquila. 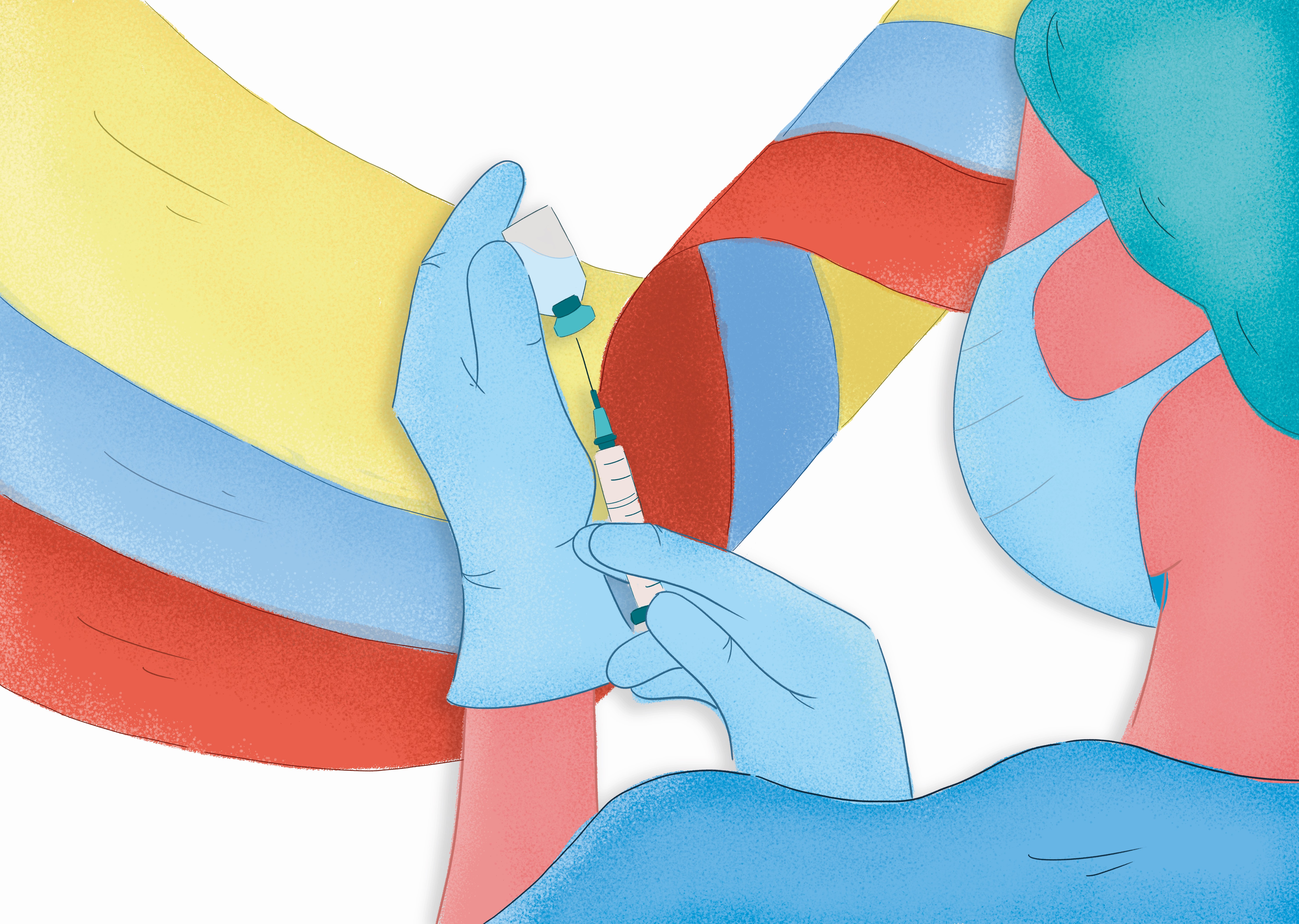 In 1897, the research of the Colombian veterinarian Jorge Lleras Parra led to the production of a vaccine against smallpox in which he perfected and adapted the discovery made by the Englishman Edward Jenner in 1796 to the conditions of the country, as published in volume 28 of the Revista de la Academia Colombiana de Ciencias Exactas, Físicas y Naturales (Journal of the Colombian Academy of Exact, Physical and Natural Sciences).

From that moment on, Colombia ventured into the production of biologics, first at the Vaccination Park, founded by Lleras Parra, and then at the National Health Institute (INS) which manufactured antidotes against diphtheria, tetanus, yellow fever, human rabies and tuberculosis. Some of these were exported to other countries.

However, since 2001, no vaccine for humans has been produced at the national level, nor is there the capacity to manufacture antidotes developed abroad. This was stated by the Office of the General Comptroller of the Republic in a report dated November 3, 2020, in which it analyzed the COVID-19 pandemic in Colombia.

Why did the country lower its guard in the production of vaccines? Some of the obstacles to continue with the national production were the demands of good manufacturing practices, compliance with international requirements and the mass negotiation with pharmaceutical companies by the Pan American Health Organization (PAHO) to deliver the vaccines of the Expanded Program on Immunization free of charge.

"The INS had no way to meet the new standards or compete in terms of costs", explained Iván Darío Vélez, director of Universidad de Antioquia’s Program for the Study and Control of Tropical Diseases of (PECET).

A significant economic intervention by the government was needed so that the INS could continue with the manufacture of biologics. However, they decided to suspend the INS work, and it was a mistake, emphasized Claudia Marcela Vélez, professor of the Faculty of Medicine at Universidad de Antioquia.

"There are three productive processes in which we cannot depend on other countries: vaccines, medicines and food because when wars or pandemics occur, as is the case today, the first thing states do is to stop exports to meet their own needs", she warned.

For academics, what happened in Colombia is evidence of a lack of long-term vision and the disconnection of governmental work with pharmaceutical companies and academia to search for viable alternatives with significant investments. This was also expressed by Carlos Guillermo Garcés, pediatric infectious diseases specialist at Universidad de Antioquia.

The spread of COVID-19 and the need to have antidotes promptly to achieve herd immunity in the shortest possible time show that this dependence on other nations is a real limitation in terms of public health. For Garcés, this is the case not only with vaccines but also "with drugs to meet the needs of intensive care units".

"Without a doubt, crises allow us to move forward. In our case, the pandemic may be the way out of total dependence in the production of vaccines and medicines", Professor Iván Darío Vélez.

Can Colombia Return to Vaccine Production?

The answer from academics is yes. The country can reactivate vaccine production. However, achieving this will depend, they say, on the generation of public-private initiatives and the ongoing support from universities. "It is a matter of government, industrialists and academia working shoulder to shoulder. We can sit down and complain or put all our energy and capabilities into building a new future", said Professor Iván Darío Vélez.

For the director of PECET, thanks to its scientific advances, Medellin is prepared to have a biological production plant that meets all the conditions of good practices and international quality.

"We have the human talent, the State-University-Enterprise Committee, an innovation ecosystem, Ruta N and multiple laboratories in the universities that have been working together. Political will is needed on the part of the government to facilitate the processes and feasibility studies so that investors are convinced and get behind the challenge", he explained.

Considering the world crisis caused by SARS-CoV-2, one of the short-term goals for Colombia could be the manufacture, under the maquila modality, of some components of the existing vaccines.

"It is the way to return to this field of work, train ourselves, develop our skills and gain experience", said Professor Claudia Marcela Vélez. However, there is still no government plan in Colombia that clears up the picture. On the subject, President of the Republic Iván Duque said in an interview on Caracol Radio on April 2, "Although this initiative would benefit the country, there is still a long way to go before it becomes a reality".

According to Garcés, this would require expanding the capacity of molecular biology laboratories and acquiring the necessary supplies to develop the selected part of the production process. "It is very important for academia to stop demonizing everything that comes from the pharmaceutical industry so we can work as a team", he said.

Therefore, while the country designs a concrete new bid to enter the field of vaccine production, Colombians will remain expectant of the "drop by drop" that the hope of immunization against COVID-19 has become. The truth is that science has been confronted by this pandemic and the gaps in the different health systems around the world have become evident. Therefore, for Professor Iván Darío Vélez, the great challenge for Colombia today is to move forward with the immunization program and actively participate in this global project.

Since September last year, Universidad de Antioquia’s Program for the Study and Control of Tropical Diseases (PECET) was one of the research centers chosen in Colombia by the multinational Johnson & Johnson for the evaluation of phase 3, the definitive clinical stage, of its Janssen vaccine against COVID-19.

For the members of the program, it is an important advance in terms of scientific development and the possibility for Colombia to begin to appear in the global vaccination picture again.

So far, PECET has immunized 118 people in Antioquia with the Janssen vaccine, which will be continuously monitored for two years. The biological vaccine has shown no significant side effects up to this point.

In Europe, vaccination with this biological product is progressing. According to data from the Spanish Ministry of Health, as of May 11, 272,400 doses have been received in Spain from the multinational Johnson & Johnson. Of these doses, 70% have been administered.