Rust, or Returning to Coffee Culture

For Juan Sebastián Mesa Bedoya, director of the feature film “La roya” and a graduate of Udea’s Faculty of Communications and Philology, film is a possibility of conversation with the environment, memories and spectators. With this production, he proposes a return to his place of origin: southwestern Antioquia. 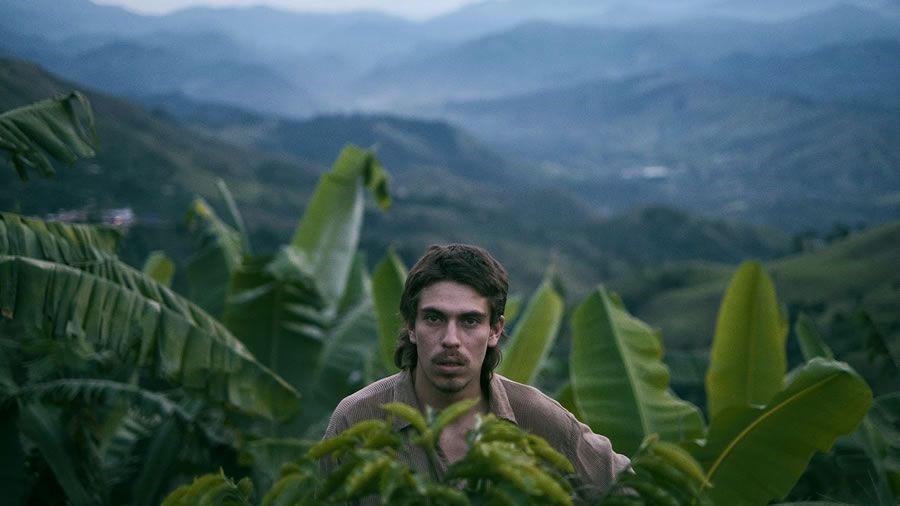 The film La roya is the coffee catastrophe and, like human tensions, it can be a state of the soul. Amid the imposing landscape of southwestern Antioquia, Jorge, a young farmer, tends the family coffee plantations and awaits a reunion. This film, in which nostalgia and the question about the place of origin, the countryside, have a mountainous backdrop, is the second feature film by Juan Sebastián Mesa Bedoya. It was presented in the New Directors section of the San Sebastian Festival and opened the 61st edition of the Cartagena International Film Festival –(FICCI).

As a director, photographer and screenwriter, he has had a sustained career. He graduated from the audiovisual and multimedia communication undergraduate program of Universidad de Antioquia. Some of his most outstanding productions are Tierra mojada (2009), Kalashnikov (2013), Los Nadie (2016) and La roya (2021), which will soon hit theaters in the country.

The desire to tell stories and the questions about the way to do it have led him as an author to speak from different perspectives to viewers from different latitudes. He has received awards such as the Audience Award at the Venice Film Festival and the Coup de Coeur at the Festival Cinélatino Rencontres de Toulouse.

In La roya, you deal with coffee culture. What led you to immerse yourself in this topic?

The southwest of Antioquia, more specifically Pueblo Rico, is the land where my parents spent their life. I spent my childhood there, and it is a place I frequent because I go there to write all the time. Not only does La roya take place there, but Kalashnikov is also a short film about coffee culture. But I have also approached the urban, as in Los Nadie. My life has oscillated between the countryside and the city. The latest production is a return to the countryside, a place that defines me as a person.

Let's talk about the experience of developing and shooting La roya.

The writing process was long. I started five years ago during a visit to my hometown. I even wrote several versions of the script during a residency in Paris, France, where I left a solid version and, from there, we grounded it in reality thinking about the circumstances of the moment. It is the biggest project we have done, the one that has demanded the most from us. It was shot in different towns in the southwest, such as Andes, Concordia and Betania, in complex locations. The script changed with our encounter with the characters and locations. Now I know it is a process of mutation. I feel writing is never finished. 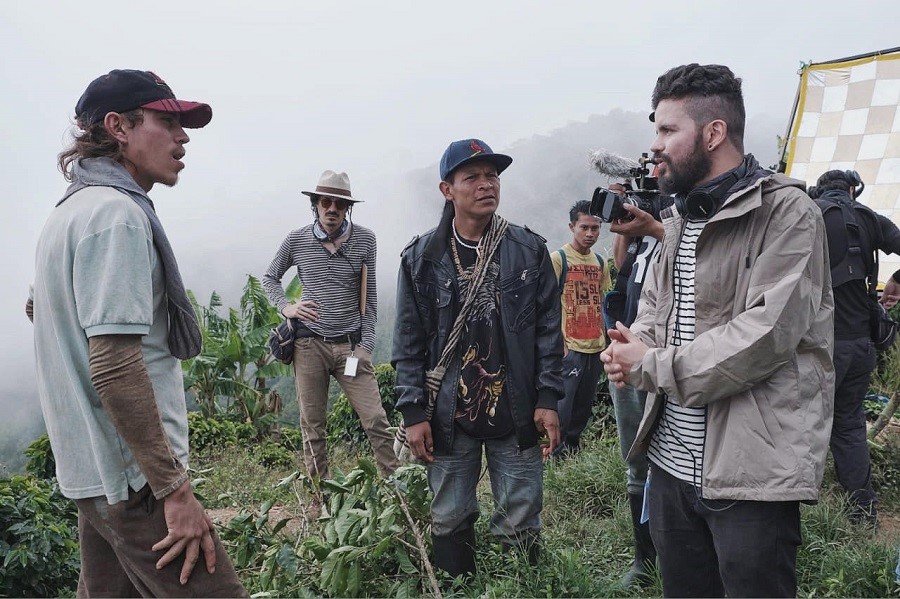 How would you describe your work with natural actors, and why have they been part of your productions?

The shooting of La roya was demanding for five weeks. It involved more than 50 people. The creation process also involved a team of professionals from Colombia and France. Working with natural actors attracts my attention because it is challenging to understand that no one method applies to everything, but you have to build it with each one. This route of research interests me. The casting for this production was very long: eight months looking for the main character. It was a difficult character to find since, in the countryside, most people are old people and children, and it was very difficult to find a young farmer working on his land. We concluded with my team that it was a character almost on the verge of extinction. Rosa was a character that came to us through a call. It was played by Paula Andrea Cano, a girl from Venecia, Antioquia, who is an artist. The main actor is Juan Daniel Ortiz, from Andes. He worked on a farm driving for the bosses and picking coffee.

What was your experience with the development of feature films during the pandemic?

When the pandemic arrived, we were in post-production of La roya, and we still had to shoot a scene. It was difficult because of the complexity of not being able to go out in the field and editing the scene at the same time. Also, in terms of exhibition and distribution, nothing was easy. We only began to activate industry circuits this year. Undoubtedly, the audiovisual sector was one of the hardest-hit industries because cinemas opened last, after restaurants.

Your two feature films have been recognized in different parts of the world. What is the meaning of these events for you and your team?

Exhibiting the film in various places is very interesting and exciting. It gives you perspectives on what you did. It tells you about how people in other parts of the world assimilate it; it gives you evidence that there are common ways of understanding things, as well as different and diverse.

In your case, is photography a discovery in each production, or is it the result of the concept of a complete team?

I am a photographer, and so these are details I pay a lot of attention to. I am constantly thinking about the images during the writing process. I build this process with David Correa. I come to him with ideas, and we arrive at the final concept based on the locations. Tell us about your time at the Faculty of Communications and Philology. What connection do you have with Monociclo Cine, your production company? I started studying at Universidad de Antioquia in 2007 and working with a team of several friends at the same time. With them, I felt the need to group several projects under one name, and this is how Monociclo Audiovisual was born. Later, it became Monociclo Cine. The latter allowed us to develop Kalashnikov, the film that allowed us to enter the industry. When we finished our undergraduate program, we made Los Nadie, our first feature film. Almost the entire team came from Universidad de Antioquia. Monociclo Cine is a project I have with José Manuel Duque and Alexandra Arbeláez. We are currently in post-production of a feature film called Sandra. It is a production company that we have built over the years and in which we have put all our energy focusing solely on making films. That has been our goal.

At FICCI, two audiovisual productions made by graduates of the Faculty of Communications and Philology won awards at the India Catalina 2022 Awards on March 20. The television series Crear Tiene Ingenio (CT+I), directed by Silvia Luz Gutiérrez Sánchez, won the prize for best youth program, and Nuestra Tierra, the documentary series made by professors María Cecilia Hernández Ocampo and Verónica Escobar Jaramillo, broadcast on Teleantioquia, won the prize for best documentary.